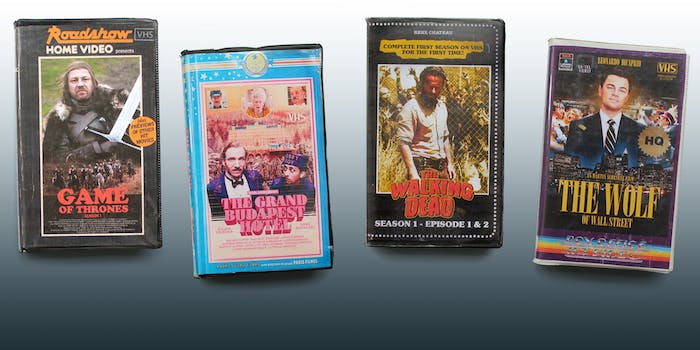 The retro covers without the actual hassle of VHS tapes.

Watching your favorite movies and TV shows is easier than ever thanks to DVDs, Blu-ray, and Netflix, but that doesn’t mean we don’t miss the retro VHS covers we used to see in video stores.

Thanks to Julien Knez, modern shows and movies like Game of Thrones, Breaking Bad, The Walking Dead, Gravity, and Guardians of the Galaxy get the retro covers we deserve and missed out on since they came out about 20 years too late; there’s at least one remixed theme song that fits even more perfectly with its cover.

The mere thought of binge-watching a series on VHS sounds exhausting, especially having to rewind them and swap them out every two episodes or so, but there’d be a slight trade-off of being able to admire the covers. Who needs CGI when you’ve got nostalgia on your side? 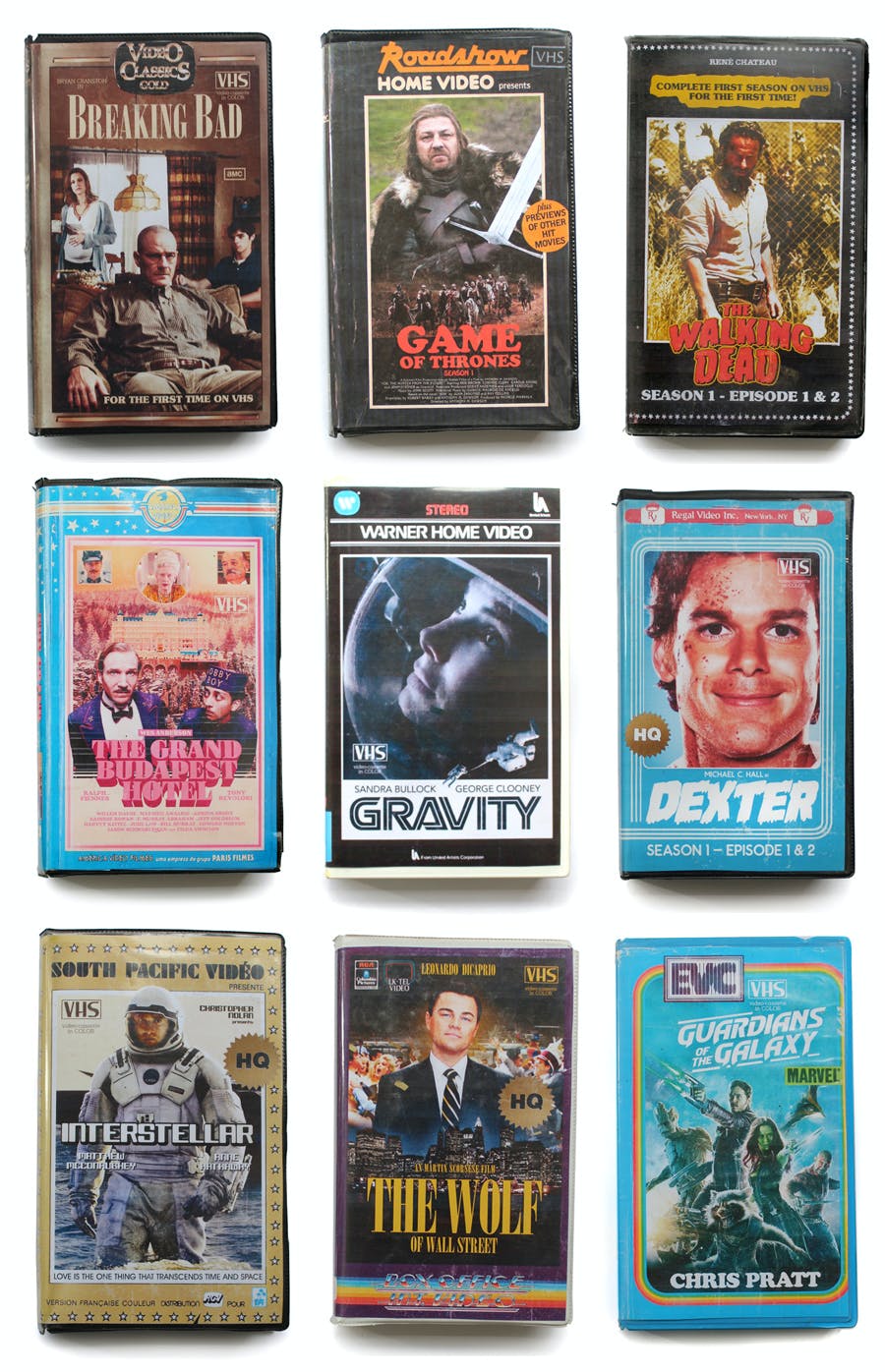 “I created them for April Fools’ Day, pretending I was a Parisian hipster named Stan who only watched modern TV and movies on VHS,” Knez told BuzzFeed.

Although it feels more like a fan remix than a prank, it goes beyond the mere covers. Knez has the VHS boxes to prove it. He even dusted off his old-fashioned VHS player.

Can we get a remix on the covers upon the special edition releases?