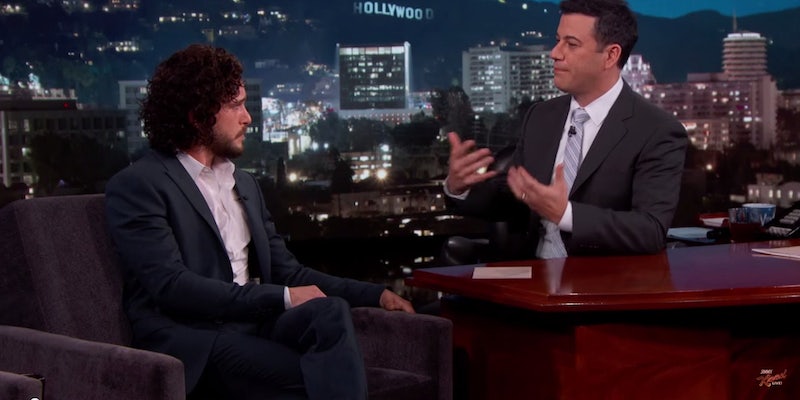 Jon Snow, you know nothing about social interaction.

Game of Thrones‘ Jon Snow is the ultimate example of a fictional character who seems exciting on TV but whom you’d never want to meet in real life. He’s constantly miserable, his whole life is a series of massacres and disasters, and he probably hasn’t bathed in months.

Of course, this all adds up to him being a hilarious dinner party guest on Late Night with Seth Meyers. It’s a simple idea, but perfectly executed: Just Kit Harington in character as Jon Snow, in full costume, trying to socialize at a dinner party with Seth Meyers‘ bland New York friends.

Here’s a hot tip for anyone attending a party full of strangers: Don’t start talking about incest, murdered relatives, or living in a gigantic wall made of ice. Game of Thrones is probably a safe conversation topic, though.