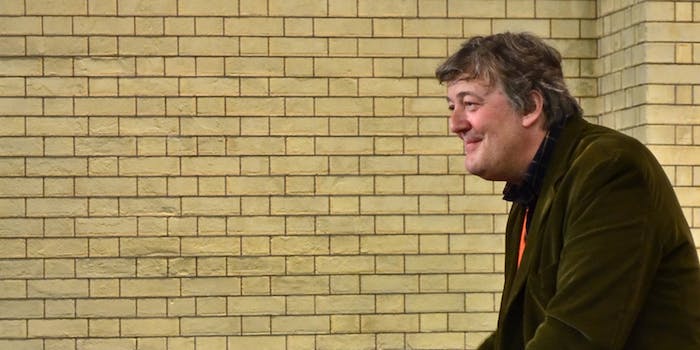 No one does revenge like J.K. Rowling—and no one knows that better than the man who narrated the Harry Potter audiobooks.

Stephen Fry can probably be forgiven for not realizing that the audiobook he was recording was in the process of becoming a major cultural phenomenon. But when he met Rowling for the first time, all he knew was that she was a children’s author whose first book had sold well enough to merit a sequel.

“Good for you,” Fry condescendingly told Rowling—or so he’s reportedly claimed in his latest live comedy show. But Rowling knew how to hold a grudge—and years later, Fry found out just how hilariously petty the queen of the Wizarding World could be when she wanted to make a point. Allegedly.

The anecdote comes to us from two different Reddit users who saw Fry’s live comedy tour in Australia and New Zealand, waywardwoodwark and wolfpony. Wolfpony’s writeup of the story, as reportedly told by Fry at his Auckland show, didn’t get much attention when he shared it to Reddit’s r/pettyrevenge a month ago. But yesterday, the Tumblr petty-revenge-stories picked it up, and Tumblr Potterheads promptly made the post viral.

The Daily Dot has reached out to Fry for comment. Even if it’s not a true story, we can only imagine Rowling would approve of her fictional counterpart.

Photo via garryknight/Flickr (CC BY SA 2.0)