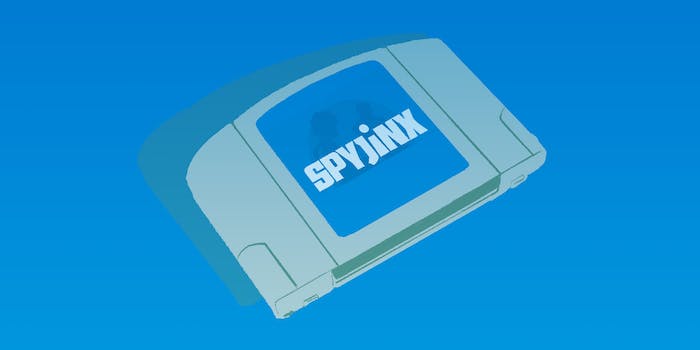 J.J. Abrams is getting into the video game business

He’s teamed up with the studio that brought true triple-A gaming to mobile devices.

Star Wars is cool and all, but J.J. Abrams also happens to be a big fan of Infinity Blade. That’s why he’s teaming up with the studio that developed it to create a game of his own.

Today Abrams and Donald Mustard, founder and creative director of Chair Entertainment, announced the development of SPYJINX via an interview with game journalist Geoff Keighley on YouTube. It’s a collaboration between Bad Robot Productions and Chair, a subsidiary of Epic Games.

Chair is best known for bringing the Unreal Engine, developed by Epic Games and one of the most popular game design engines in the triple-A game industry, to iOS devices via Infinity Blade, a brawler-type game in which the player swipes the touchscreen to dodge, parry, and strike at opponents.

Infinity Blade inspired two sequels that further developed the dark blend of science fiction and fantasy at the core of Infinity Blade’s lore.

“I’m such a fan of what Chair has made and the games that they’ve allowed me and my kids to play,” Abrams said. “I remember the first time I played Infinity Blade and it was just…it blew my mind what you guys had done with the Epic Unreal Engine on that device.”

Mustard believes that if Chair can learn from Bad Robot’s talent for creating characters that audiences care about, both companies can collaborate to create something unique. Mustard describes SPYJINX as a unique blend of action-strategy, dynamic world-building, and role-playing game-style character development.

“It really will need to be experienced,” Abrams said, “and then I think it will become, it will be defined by what it is, as opposed to necessarily saying ‘It’s just like that one, or it’s exactly like that.’ It’s not quite like anything.”

SPYJINX is being targeted for release on PC, tablets, and mobile devices. Chair and Bad Robot are accepting sign-ups for the closed beta for SPYJINX. You can register here.