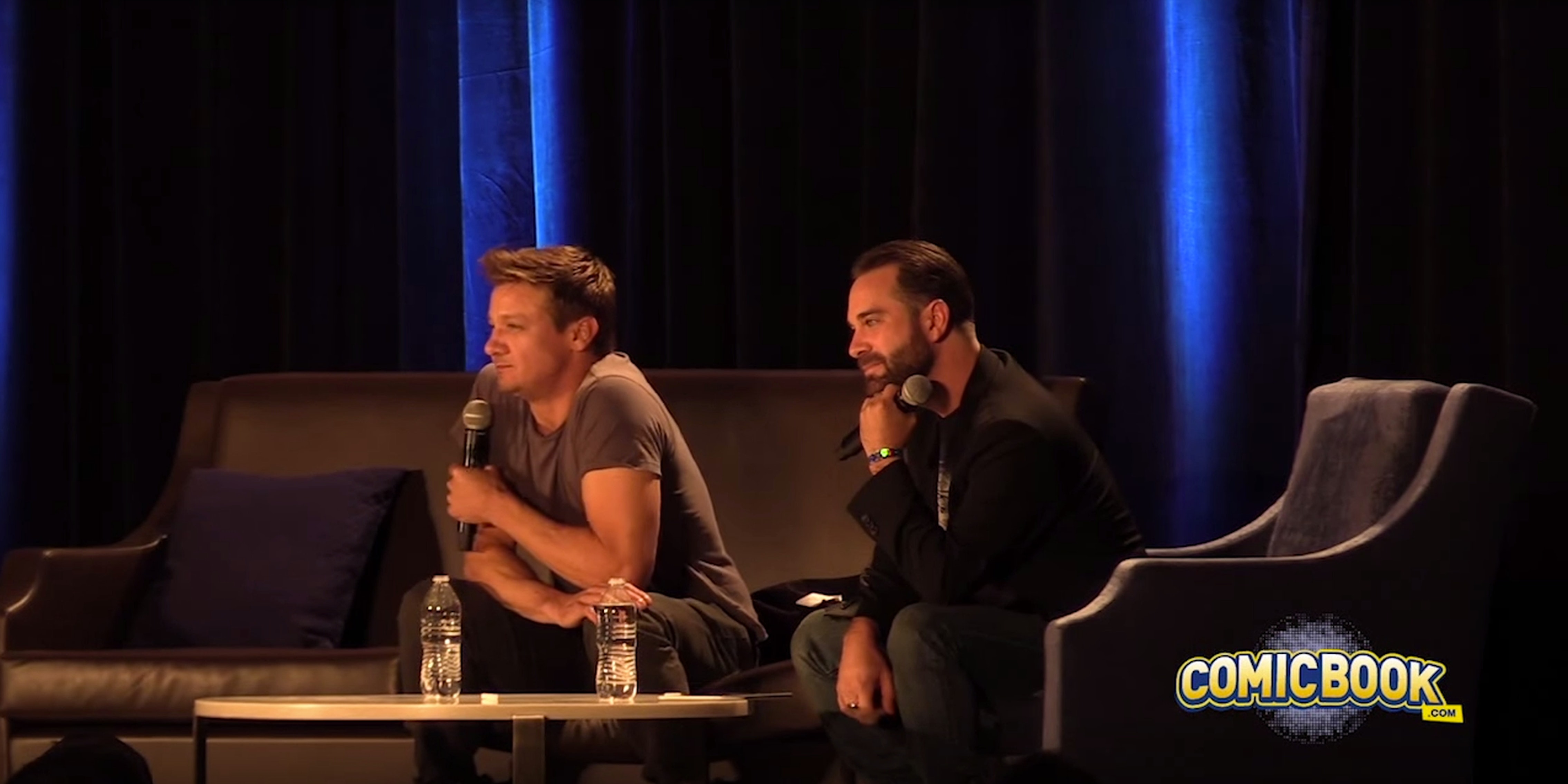 Jeremy Renner reveals which side Hawkeye is taking in ‘Captain America: Civil War’

Here's how the divide breaks down so far.

Captain America: Civil War is sure to split up our favorite heroes like never before, but we won’t have to wait until the movie comes out to find out where their allegiances lie.

Jeremy Renner attended Wizard World Chicago over the weekend, where he confirmed what some fans already knew about which side Hawkeye would take in the fight between Captain America and Iron Man: He’s all for the Cap.

“I don’t know,” Renner responded when asked why Hawkeye would align that way. “They wrote me in that side. It made sense to me.”

Hawkeye certainly has the motivation for not wanting to support the governing body that’s put in place in Civil War. He’s got a family to protect (we met them in Avengers: Age of Ultron), and he might not want to put them at risk them by signing the Superhuman Registration Act.

With security locked down on the Civil War production, which recently wrapped principal photography, it’s difficult to tell much of anything, but we might still have some idea of where other allegiances could align. One thing is certain: The choices won’t be easy.

Captain America: The Winter Soldier basically solidified that Natasha Romanoff and Steve Rogers were best friends, so why would she switch over to support Tony Stark? While it’s making fans scratch their heads now, it could have something to do with the international incident mentioned in the film’s synopsis. And as the two highest ranking members of the new Avengers, she and Steve could butt heads a lot more often, especially when it comes to how missions are handled.

Sam Wilson is a Steve ally all throughout The Winter Soldier, and considering he helped Steve secure Bucky in a post-credits scene in Ant-Man, it looks like they’re still two peas in a superhero pod, especially if Bucky is dragged into the center of the conflict.

Spider-Man has a crucial role in the Civil War comics, but it’s unclear as to what he’ll be doing in the movie version. (One report claims he has a big fight scene with Captain America.)

He’s being placed with Iron Man, but will he switch teams as his comic counterpart did if Tony goes to far?

T’Challa, the prince of the fictional African country of Wakanda, will have his own agenda in Civil War, Kevin Feige confirmed. That’ll likely be something that’s even bigger than the superhero conflict—while gearing up for his own film.