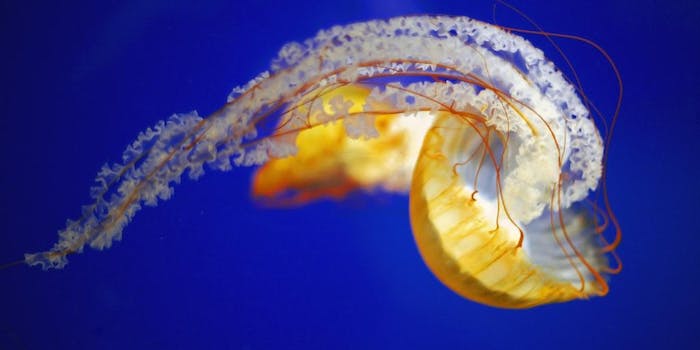 Ocean scavengers have a surprising taste for jellyfish

Scientists are learning more about what's on the menu for bottom feeders.

In an ocean popularity contest, jellyfish would rank near the bottom. They sting. Their increasing population blooms clog power plant intakes, kill farmed salmon and frighten swimmers. Experts warn of the jellification of the oceans.

True, jellyfish are biological marvels and efficient swimmers, and some achieve a kind of immortality. But they are by definition gelatinous — you might even say gooey — and scientists have spotted them blanketing the ocean floor after die-offs, suggesting that even for indiscriminating scavengers, jellies are not the carrion of choice.

However, the first experimental test involving a dead-jellyfish buffet tells a completely different story. Work done in Norway by Andrew Sweetman of the International Research Institute of Stavanger and his colleagues suggests that the impression left by previous ocean-floor observations may be the exception, not the rule.

The result was so surprising, Dr. Sweetman said, that the first time the researchers pulled up a bare platform after 18 hours at the bottom of the fjord, “we thought the jellyfish just washed off on the way down.”