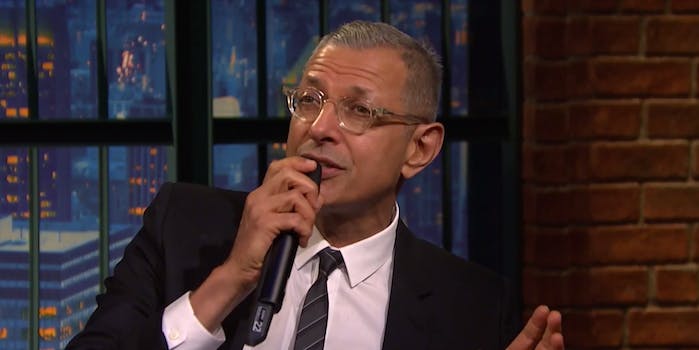 You'll be singing this one all day.

When life, uh, finds a way, there’s a song to be heard.

Jeff Goldblum knows how much the Internet loves Jurassic Park, and at one point he discovered a treasure trove of fan-created stuff. While he did not write the glorious and much-needed lyrics to the Jurassic Park theme, he’s game enough to sing it in front of an audience.

He’s performed it before, but that doesn’t mean we’re satisfied with only a single verse. Could this somehow be the new theme song for Jurassic World?

It could easily serve as a warning to anyone thinking about going to Jurassic Park, and maybe those trying to return should take his advice to heart.