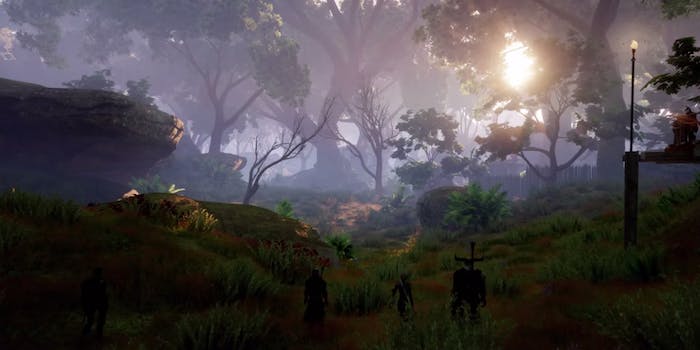 BioWare’s surprise expansion for Dragon Age: Inquisition is worth every penny

The first DLC for Dragon Age: Inquisition is a solid deal.

Expansions for BioWare role-playing games are historically a mixed bag. But Dragon Age: Inquisition is off to a great start, however, with Jaws of Hakkon.

An entirely new area with a unique environment, a new culture to discover, unforgiving enemies, and expanded roles for returning characters are all part of the package. Inquisition fans don’t need to worry about getting their $15 worth out of Jaws of Hakkon. 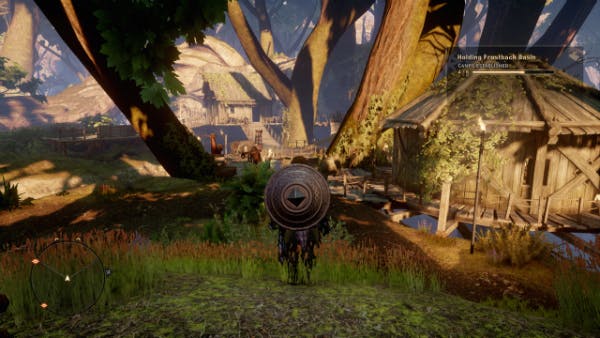 There are six camp locations in the Frostback Basin. Some of them are tree forts.

Frostback Basin, located in southern Ferelden, is the new area introduced in Jaws of Hakkon. The adventure begins as an archaeological mission for the University of Orlais to scout the Frostback Basin for “historical discoveries” at the behest of a Professor Kenric. He believes he has found the resting place of the last Inquisitor, who passed away some 800 years ago.

Scout Harding, as usual, will have looked over the area before you arrive, but this time Harding isn’t limited to a short cinematic as you and your party first step into the Basin. Fan favorite Harding has a minor, supporting role in the story.

Most of the Basin is composed of forests with extremely tall trees. There’s room for six Inquisition camps in the Basin in total, which gives you some idea as to the scale of the place. There is also a patch of swampland, and a Stone-Bear Clan of friendly Avvar natives live on the side of a rock cleft hanging over the ocean. There’s more variety of terrain within the Basin than in other areas of Inquisition, making this yet another unique environment to explore. 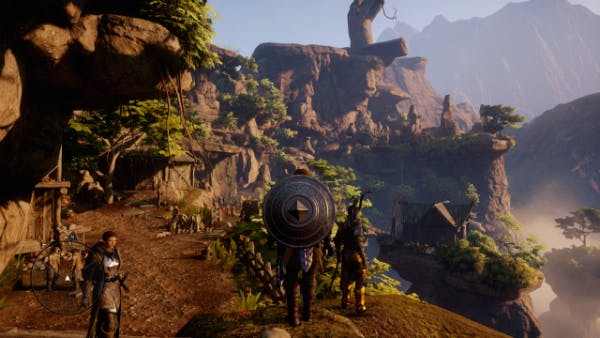 The Avvar people were only briefly introduced in Inquisition as a race of barbarians from the mountains of southern Thedas. Jaws of Hakkon introduces the Avvar as a fully fledged addition to the Dragon Age universe by introducing their rites and culture. There’s a decidedly Norse flavor to the Avvar, who live in Stone-Bear Hold. They have a bear named Storvacker. Their leader is Thane Svarah Janesdotten. Their ships look like Viking craft, and they love to fight.

Getting in your way during this archeological expedition are high-level enemies that are not to be trifled with. The expansion is named after the Jaws of Hakkon, a sect of bloodthirsty Avvar who wander around the Basin looking for trouble. Their mages mutter a chant that, once you’ve figured out how deadly the Jaws of Hakkon are, may make you stop and take a careful look around before proceeding, lest you walk into an ambush.

When BioWare recommends level 20 for Jaws of Hakkon, take it seriously. I rolled into Frostback Basin with four level 19 characters who spent a lot of their time running for their lives, and I suffered through more party wipes in the Basin than I did during the entirety of the main campaign for Inquisition. Even after hitting level 22, some of the fights were impossible to deal with unless I lowered the difficulty. Jaws of Hakkon is not screwing around when it comes to combat. 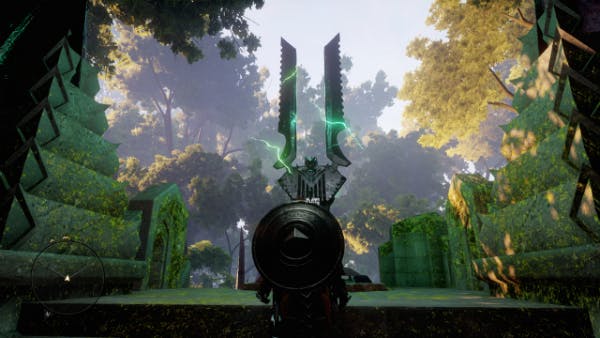 Tevinter ruins in the Frostback Basin are far from dead.

That cuts both ways, of course. Jaws of Hakkon feels decidedly like end-game content that fits into Inquisition’s narrative after the campaign has been completed. By then your characters are probably level appropriate for Frostback Basin. If you’re nowhere near the end of Inquisition you can definitely wait to pick up this DLC, because you might not be able to play it now, anyway.

The Inquisition camps you can set up in the trees come equipped with armor- and weapon-crafting stations. Fade Rifts in the Basin, and loot from dead Avvar gave up some very nice crafting materials. Having ready access to crafting stations encourages experimentation, but unfortunately the camps don’t also come equipped with armor and weapon modification stations. You’re still going to have to travel to Skyhold if you want to fully upgrade your gear.

Vertical map design is emphasized in Jaws of Hakkon. You’ll need to take long, winding paths up and down the map in several spots, which I found annoying. You may be heading toward a marker you’ve laid on the map, and then you arrive and can’t find the marker on the ground. That’s because it’s either above or below you, at which point you have to find the safe way up or down. I lost track of how many times I hurled myself down huge hills, almost dying when I hit the bottom, in order to save time. 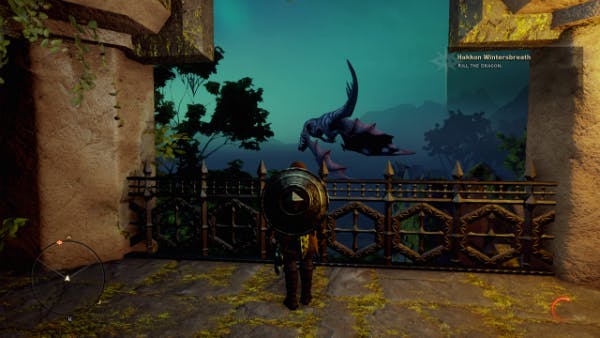 Because of course there’s a dragon.

Frostback Basin is filled with side content like new Astrariums and shards to discover, Tevinter ruins to explore, and there are a handful of permanent stat bonuses to pick up via side quests. As with all things in Dragon Age: Inquisition, there is more than enough to keep you busy, for as long as you want to plumb the expansion’s depths. I found Fade Rifts spitting out Level 26 demons. I can’t even touch those areas, yet.

Jaws of Hakkon is currently available only for the Xbox One and PC versions of Inquisition. PlayStation 4 users have something to look forward to.