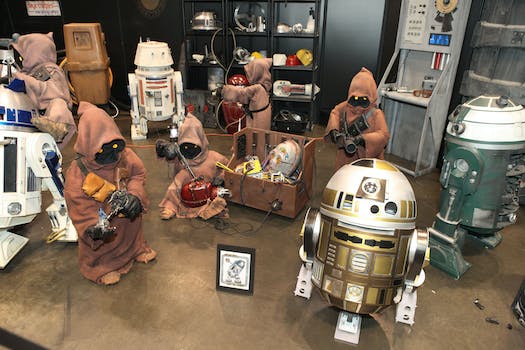 There are probably more Star Wars Halloween costumes out there than there are M&M varieties, but rarely do you see someone succesfully pull off one of the harder costumes from the original films: the humble Jawas of Tatooine. Reddit user Chris Hirano is getting floods of upvotes for a video he posted of his daughter Maya wearing Jawa robes, complete with authentic movie sound effects, glowing eyes, and a trust ion blaster.

“My daughter wanted to be a Jawa for halloween. This is what we came up with,” he wrote in the understatement of the season.

Hirano, who said he “used a easy step-by-step guide posted online by a Star Wars costume fan,” explained how he integrated the sounds into the costumes:

Mp3s from Star Wars soundboard loaded on iPod shuffle (see her right hand) connected to a small potable speaker worn around her neck.

We applaud Hirano for putting together this true work of art and Maya for sporting it with pride—even if, as Hirano wrote in the title of his Reddit post, “She was sad she scared little kids.”