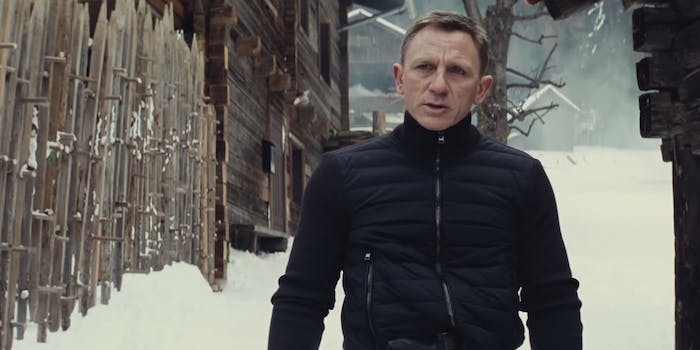 Bond is back—and looking better than ever.

Bond is back in the first full-length trailer for Spectre, the sequel to Skyfall.

The first teaser briefly introduced a couple of the new cast members, but this action-packed trailer gives us far more time with old friends like Q, Moneypenny, and M, along with new Bond women Lucia Sciarra (Monica Bellucci) and Madeleine Swann (Lea Seydoux). We also catch a glimpse of one of the film’s much-hyped locations, a scene taking place during a Day of the Dead parade in Mexico City.

The jury’s still out on whether Christoph Waltz’s character is secretly a new version of the classic Bond villain Ernst Stavro Blofeld. In the trailer, Waltz emerges from the shadows as the leader of S.P.E.C.T.R.E., telling Bond, “You came across me so many times, yet you never saw me.” The filmmakers remain adamant that he’s playing a new character named Franz Oberhauser.