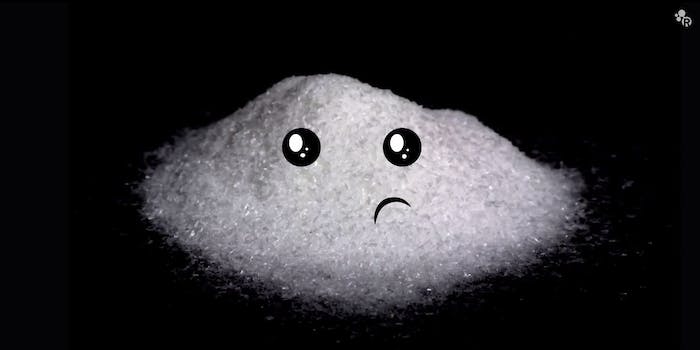 Everything you fear about MSG is wrong

This short video will make you want to order takeout Chinese food.

Knowing just a little about chemistry is not only super awesome, but it can also empower you to eat tasty ramen and takeout Chinese food without fear. That’s right, no need to shy away from monosodium glutamate or MSG, even though the name sounds intimidating.

This video tells us why:

The fifth flavor named by Japanese researcher Kikunae Ikeda, MSG is a flavor enhancer that gives foods just a bit more umami or savoriness. After enjoying a tasty dish of seaweed soup, the story goes, Ikeda was seized with a desire to find out what made his meal taste so meaty. After putting the seaweed through a set of chemical experiments, he found crystals of glutamic acid, a compound usually found as L-glutamate in the human body.

A graphic explainer from Compound Interest shows how glutamic acid, L-glutamate, and monosodium glutamate differ. Essentially, glutamate is the acid without an hydrogen atom, which gives it an overall negative charge. MSG is the same compound with positively charged sodium added. The result is a stable salt that can easily be mixed into food. 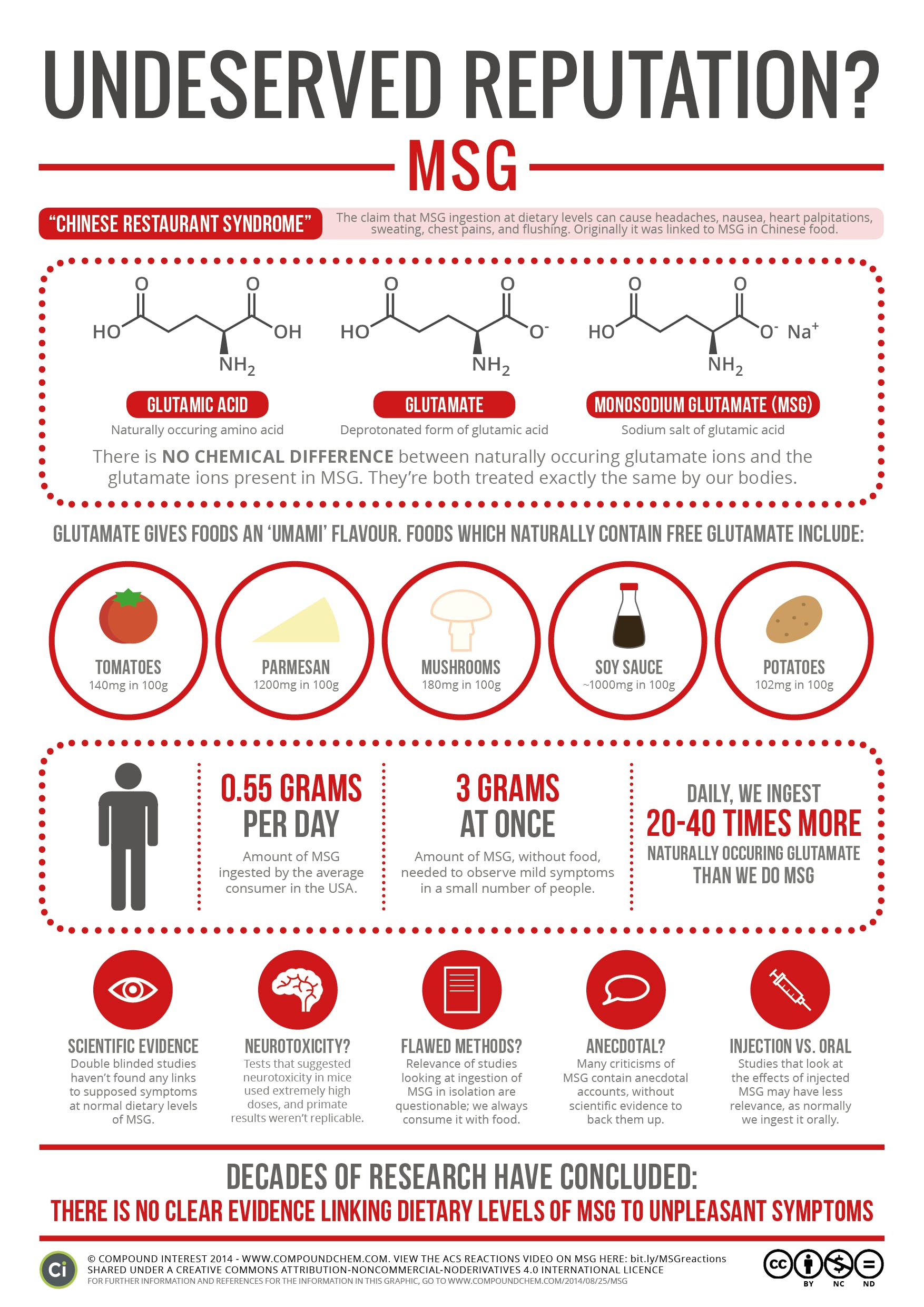 “L-glutamate is found in tons of common foods that are rich in protein: meat, dairy products, and vegetables all have glutamate,” the Reactions video says. It asks: If your body makes it and it is common in food, then why do people think it is bad for you? (This line of reasoning isn’t always correct—as any poisoner will tell you, the key is in the dose.)

MSG distain stems from “Chinese restaurant syndrome,” so-dubbed in The New England Journal of Medicine after one doctor reported symptoms he felt after eating Chinese food, including skin tightening, heart palpitations, and feeling flushed. Yet in the decades since, studies in rodents, primates, and people failed to find anything more convincing than the tentative conclusion that MSG can cause some temporary effects in some people if they eat a lot on an empty stomach.

A Guardian article on the subject asks a pertinent question: If MSG is so bad for you, why doesn’t everyone in Asia have a headache? It’s worth pondering.