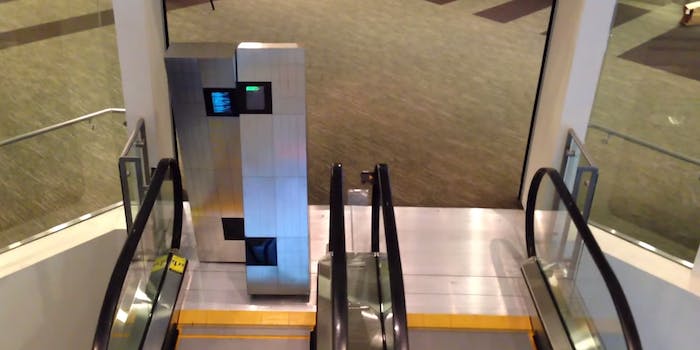 Surprisingly enough, this is basically how they made the robot in the actual movie.

TARS was one of the most likable characters in the movie Interstellar.

He was also a cuboid metal robot with no resemblance to a human being, making him a very difficult choice for cosplayers. That didn’t stop Interstellar fan Iain Heath from giving it a go, though.

The costume is a walking version of TARS in his upright position. It took Heath three months to make in preparation for this year’s Emerald City Comic Con. The computer readouts on the front are made from iPads, and it even includes an audio system for Interstellar-themed sound effects.

The interesting part is that Heath’s cosplay is not very different from how the real TARS and CASE robots were made for the movie. Interstellar relied on a surprising amount of practical effects, and behind-the-scenes videos actually show people “walking” the TARS model in a manner reminiscent of this cosplay replica.