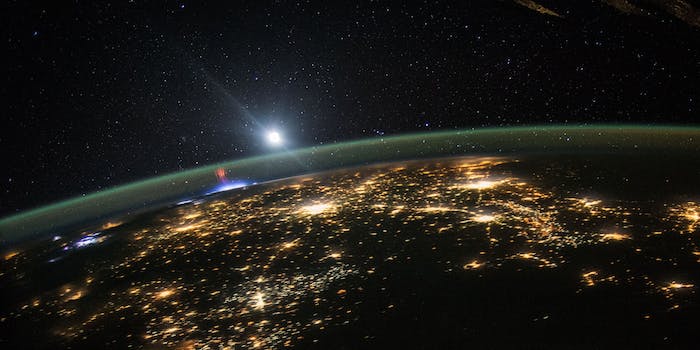 Ah, space. The lights, the clouds, the giant red jellyfish…wait, what?

Earlier this month, an astronaut aboard the International Space Station snapped these gorgeous shots of the Earth from orbit. 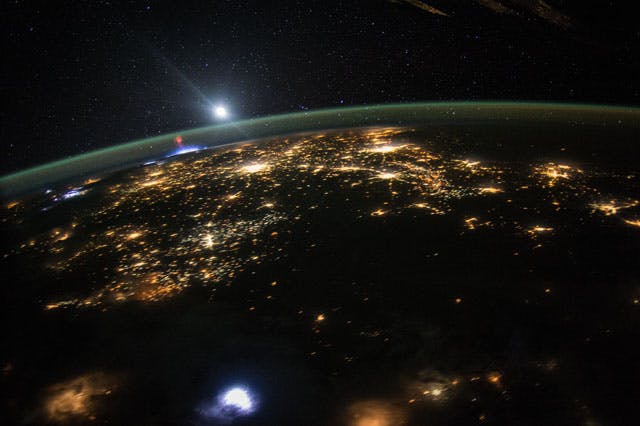 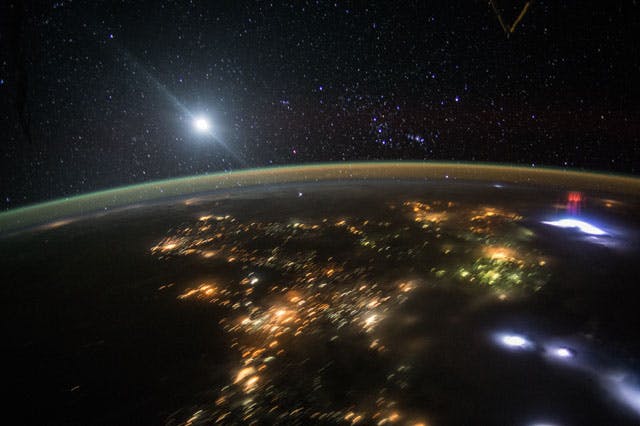 There’s a lot to marvel at here, from the beauty of the lights of home to the filmy green light called “airglow.” Especially striking is that flash of red below the sun in the first picture, above a swathe of bright light that signifies a major lightning-and-thunder show. Here it is zoomed in. 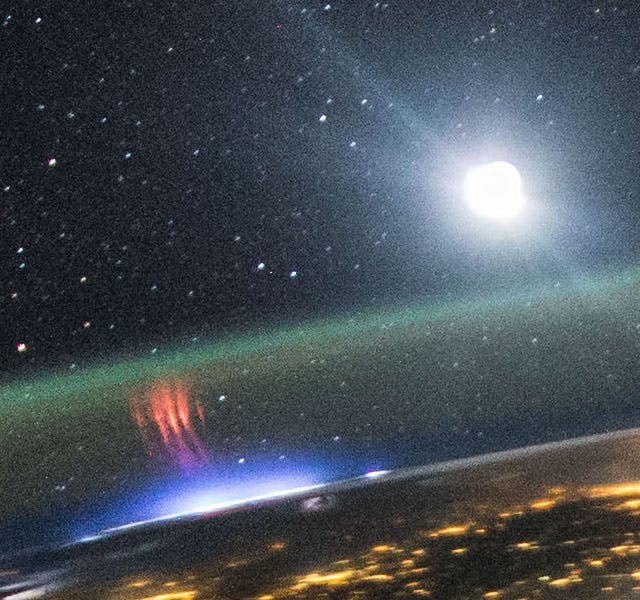 The image you see above is remarkable for several reasons. For one thing, holy crap, that’s a giant thunderstorm. The white light is explosive lightning caught on camera—but the red tentacle-like image above it is even rarer.

What you’re seeing is a cluster of “red sprites,” which are created when lightning is so powerful that it creates a stream of electromagnetic discharge above the storm. In this case, the lightning seems to have produced multiple sprites, which formed a cluster that may be nearly fifty miles tall.

Why are they red when the lightning below is white? The answer is nitrogen. Earth’s upper atmosphere has a higher nitrogen content than the air we breathe, and nitrogen reacts differently than oxygen when it comes into contact with electricity.

In the second photo, the astronauts got a closer look at the phenomenon. 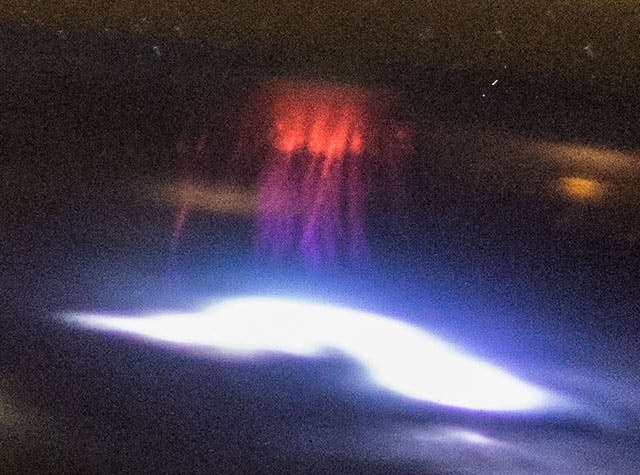 Next to the sprites, off to the left side, we can see a standalone red strand. This is called a “troll,” an offshoot of the sprites. Trolls occur when the ionosphere—the part of Earth’s atmosphere that’s ionized due to cosmic radiation—gets a little too cozy with the lightning storm. When the ionosphere and the electromagnetic discharge of the storm get close, the trolls appear.

Red sprites and trolls occur so briefly in nature—barely 3 milliseconds in length—that they’re known as “transient luminous events.” Other instances of such events are known as elves, gnomes, and pixies. The fairy-like names suggest how lucky we are to get a glimpse of these phenomena in nature—let alone through stunning photos straight from space.