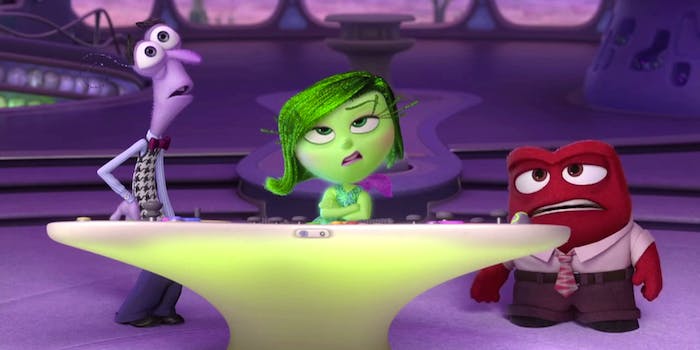 ‘Inside Out’ meets ‘Inception’ in mind-melting remix

The tension comes with the soundtrack.

The stakes of an 11-year-old girl’s emotional state are even higher when we consider what else might’ve gone on in her head.

It was only a matter of time before Inside Out was mashed up with another film of the mind, and Inception has stepped up to the plate. Thanks to a well-timed mashup from Nelson Carvajal with Zack Hemsey’s “Mind Heist” mixed in, the tension seeps into what was supposed to be your standard Pixar movie full of feels—literally.

Anger, Fear, and Disgust keep watch while Joy and Sadness go deeper and deeper within the mind to extract information and even put some in, because going just one level deep won’t do it. Maybe they’ll actually be able to accomplish their mission without that age-old question of whether it’s a dream coming back to haunt them.