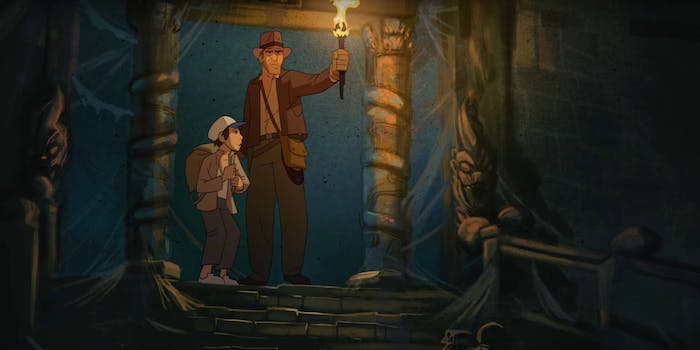 It took five years to animate!

This Indiana Jones fan film took five years to make, animated a little at a time while its creator, Patrick Schoenmaker, worked on professional projects as an artist and animator.

The original movies were all about expensive Hollywood action scenes, but this opening sequence will make you nostalgic for an animated adaptation that never existed. Schoenmaker didn’t try to make Indie look too much like Harrison Ford, but the adventurous Indiana Jones vibe is unmistakable.

With its painted backgrounds and callbacks to the movies, this video feels perfectly retro for the Indiana Jones franchise.