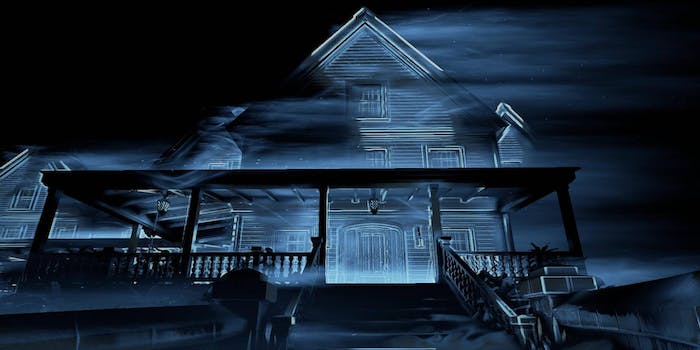 There are a ton of indie creators showing off games at this year’s Game Developers Conference, but Microsoft helped parse through the clutter with its [email protected] event on Tuesday.

With more than 20 games on display, we tried to play them all in our allotted time. These were the major standouts.

The first game up that made us double take was Anamorphine, a surreal first-person exploration vehicle. That’s how developer Samantha Cook of Artifact 5 described it. Much like the game Antichamber, Anamorphine messes with your perception and feeling of place. As the world changes in front of you, the world behind you becomes nothing but a distant memory from a previous dimension. The ground pulsates and cellos bellow as you try and make sense of the Dali-esque world you’ve entered. The demo was short, and had some snags especially in regards to where the player should advance, but the game overall was impressive. We can expect it either late 2016 or early 2017.

As the title suggests, you play as a candle.

A candle that can run, jump, and even light itself. Candle Man as a game is deceptively simple: It’s a puzzle platformer with gameplay centered around lighting and shadows. If this sounds familiar, it’s because the Super Mario 3D series of games have flirted with this idea. But unlike Mario, there’s a clever twist with Candle Man. To keep the player from being lit at all times, your wick will start to melt. The more it melts, the more agile you become. But if you completely run out of wick, then it may be impossible to advance.

It’s an interesting balancing act that could prove for some creative and challenging puzzles. As for the actual puzzles, the use of shadows and mirrors were both visually interesting and intuitive. Without too much instruction, I had a good handle on how the game worked, and found myself playing through a lot of levels.

We also loved Perception from the Deep End Games. The studio is made up mostly of ex-Irrational Games developers, the team behind Bioshock Infinite, and I could tell. Creative director Bill Gardner told the Daily Dot that the inspiration came from Daniel Kish, a blind man who has mastered the use of echolocation.

You play as Cassie, a blind woman who is stuck in a haunted house. She, much like Kish, has a sharp ear and can use echolocation to see the world around her. As you make sound, enemies slowly become attracted to the ruckus you’re making.

Upon playing Perception, I could easily tell this game has some serious talent behind it. The sound design was absolutely impeccable. It had a Bioshock flavor, especially when listening to old recordings on in-game phonographs. Because you play as a blind woman, the world itself is far from a lush environment. Things are mostly dark. But the subtle use of cool colors contrasted with the sharp rise of reds when in danger creates a frightening experience. It’s not simple jump scares either. You know when you’re making too much noise, and you know it’s your fault when trouble starts approaching. And in Perception, it’s a similar balancing act to Candle Man. To see, the player must make noise, but doing so may lead to their own demise. The demo we played was from a few months ago, and we’re already itching to see how the game has improved since.