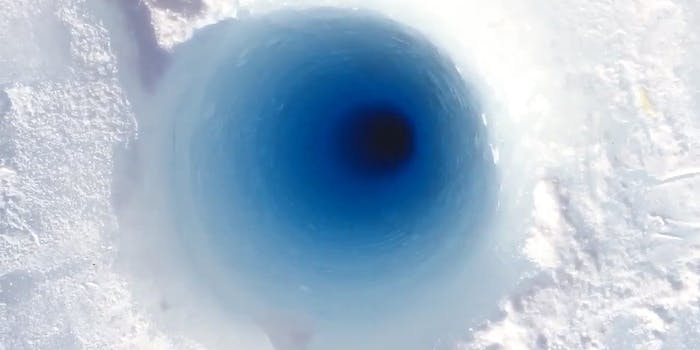 Down and down it goes...

Cartoons, film, and TV may have warped our ideas about what sounds to expect in certain situations, but it turns out those noises might be more spot-on than we realized.

In a video posted to Twitter, glaciologist Peter Neff demonstrated what happens when you dropped a piece of ice into a 90-meter borehole drilled into Antarctic ice. While it’s not something we thought about extensively before, it’s easy to get sucked into watching the video on repeat. All seems normal at first as the sound of ice-on-ice clanking travels up the borehole, but then the most unexpected sound shoots up as the ice hits the bottom.

It’s the last place you’d expect to hear a cartoon pistol, but here we are.

And don’t worry, the scientists who filmed and witnessed the ice drop were just as amused.

Lest you think we were able to control our glee while putting #Antarctic #glacier ice back in the borehole it came from… pic.twitter.com/hjLyZe8Bms