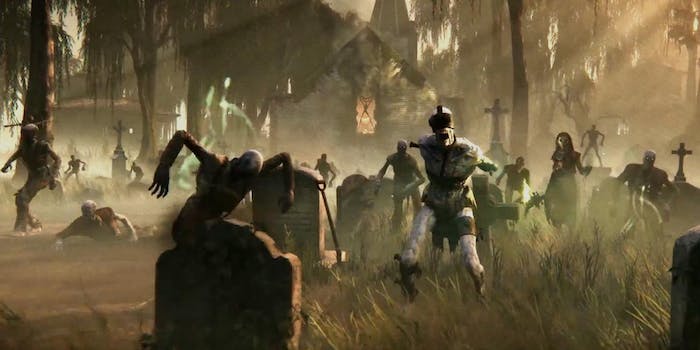 Is hunting 19th-century monsters a new trend in gaming?

Television isn't the only medium taking chances with the past.

The news comes on the heels of the studio’s announcement of its new Homefront game Monday. As is the case with almost every video game reveal, we know close to nothing other than that the game is in development. HUNT is a third-person action game set in the Gilded Age (1870-1900 in the United States), and it involves killing the undead and other monsters. The trailer went up on YouTube this morning.

The first thing I thought was, “Hey, yet another late 19th century monster-killing expedition!” After all, there’s already The Order: 1888, which admittedly has differences from HUNT on the surface. The Order takes place in Victorian England and has a steampunk aesthetic, whereas it looks like HUNT has a Wild West vibe.

How many video games does it take to declare a bona fide trend? Just one more, I think. If both of these games perform well financially, I’m sure a developer will come up with something.

HUNT is also notable as the debut title from an international division of Crytek based in Austin, Texas. The early press info indicates that a content generation system will keep the level designs varied on multiple playthroughs. You can apply for beta access here.