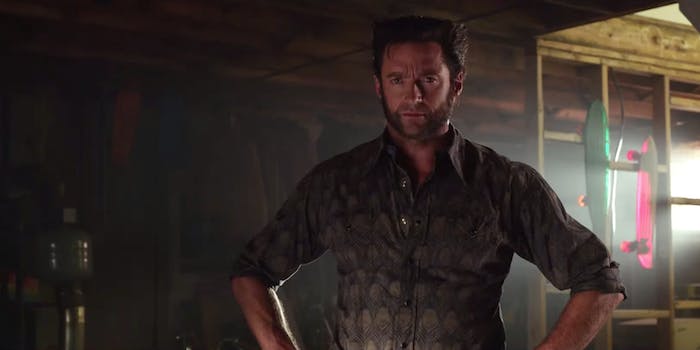 He's been in the role for close to two decades.

All good relationships must come to an end, even one between an actor and the fictional Marvel character he’s played for 17 years.

Although fans speculated the possibility of Hugh Jackman hanging up Wolverine’s claws after he posted a cryptic Instagram photo back in March, he confirmed the news on Thursday’s episode of Dr. Oz that a third Wolverine movie would be his last as the iconic character.

“It is my last time,” Jackman said. “It just felt like it was the right time to do it. And let’s be honest, 17 years. I never thought in a million years it would last, so I’m so grateful to the fans for the opportunity of playing it. I kind of have in my head what we’re going to do in this last one. It just feels like this is the perfect way to go out.”

To date, Jackman has portrayed the immortal mutant with adamantium claws seven times: X-Men, X2, X-Men: The Last Stand, X-Men Origins: Wolverine, X-Men: First Class, The Wolverine, and X-Men: Days of Future Past. It’s unclear whether Wolverine will make an appearance in X-Men: Apocalypse or spinoff Gambit or Deadpool movies as well.

Until recently, however, it seemed that Jackman was still keen on playing the character until Fox would no longer let him take on the role. He recently said that he would keep playing Wolverine until he died and even dreamed of Wolverine joining the Avengers, something that legal barriers would likely prevent.

His last wolf song won’t come out until 2017, but chances are we still won’t be ready to say goodbye to Wolverine, or at least Jackman’s portrayal of him, if Fox eventually decides to recast the role.