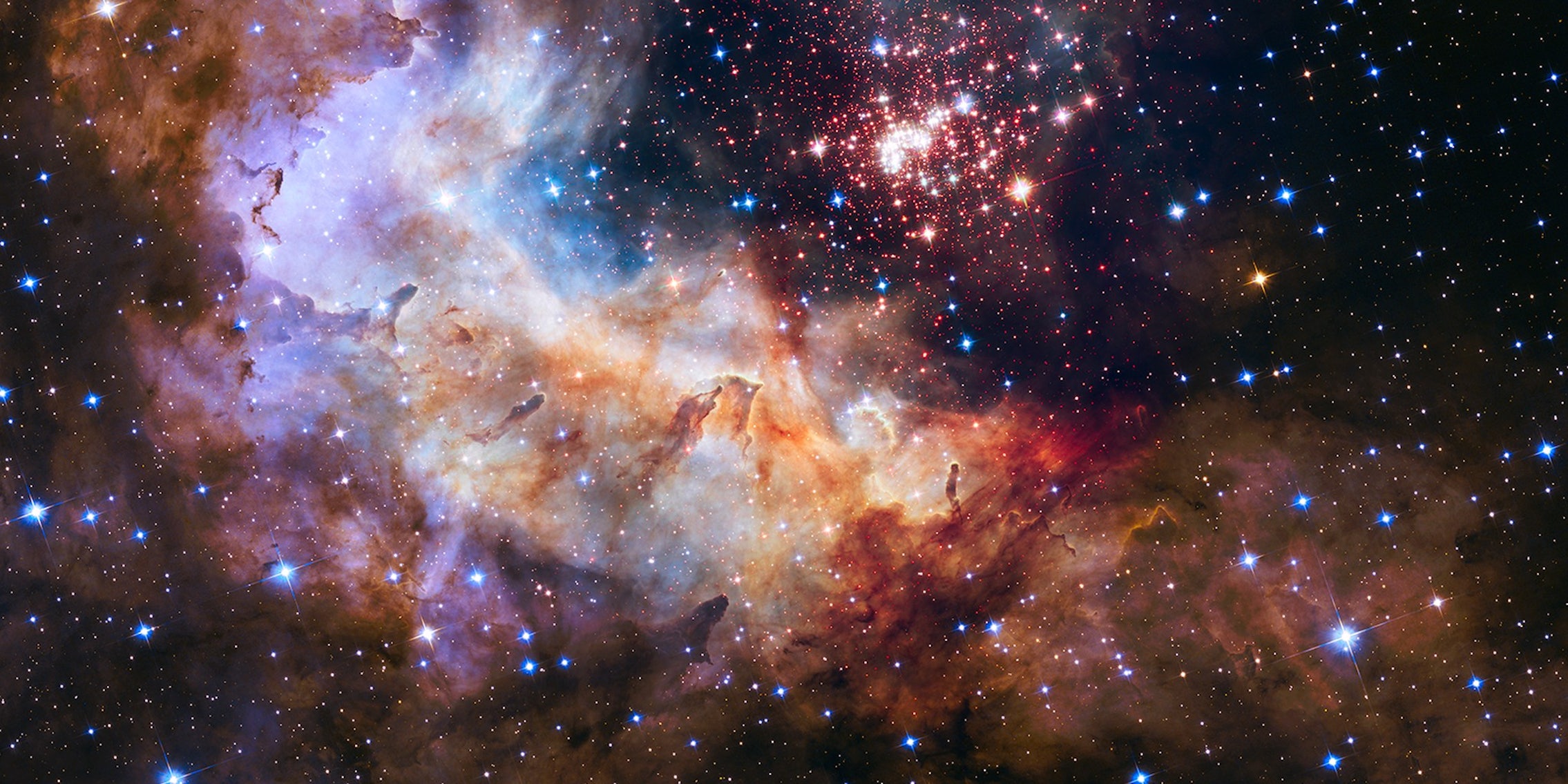 NASA toasts the Hubble’s 25th anniversary with this gorgeous photo

You'll want to hop in a space shuttle and visit this nebula after seeing these.

On April 24, 1990, the Hubble Space Telescope was launched and has been offering us an amazing look at our universe ever since. To commemorate Hubble’s 25th anniversary, NASA released beautiful imagery Thursday that will reignite passions for space explorations.

According to a statement, the official anniversary image chosen by NASA is of a nebula with a centerpiece that is “a giant cluster of about 3,000 stars called Westerlund 2, named for Swedish astronomer Bengt Westerlund who discovered the grouping in the 1960s. The cluster resides in a raucous stellar breeding ground known as Gum 29, located 20,000 light-years away from Earth in the constellation Carina.”

The photo is being called “celestial fireworks” and if that stunning image captured by Hubble wasn’t enough, you can feel like you’re actually traveling through the nebula and cluster itself with the help of videos posted by the Hubble Space Telescope’s YouTube channel. “This visualization provides a three-dimensional perspective on Hubble’s 25th anniversary image of the nebula Gum 29 with the star cluster Westerlund 2 at its core. The flight traverses the foreground stars and approaches the lower left rim of the nebula Gum 29,” the YouTube description explains. “Passing through the wispy darker clouds on the near side, the journey reveals bright gas illuminated by the intense radiation of the newly formed stars of cluster Westerlund 2. Within the nebula, several pillars of dark, dense gas are being shaped by the energetic light and strong stellar winds from the brilliant cluster of thousands of stars. Note that the visualization is intended to be a scientifically reasonable interpretation and that distances within the model are significantly compressed.”

The video is certainly fun and breathtaking to watch. Both the photo and video serve as great reminders of all that Hubble has accomplished over the last 25 years.

“Hubble has completely transformed our view of the universe, revealing the true beauty and richness of the cosmos. This vista of starry fireworks and glowing gas is a fitting image for our celebration of 25 years of amazing Hubble science,” astronaut and associate administrator of NASA’s Science Mission Directorate John Grunsfeld said in the statement.

In addition to this imagery, NASA has also planned special events for the milestone anniversary which you can learn more about on their website.