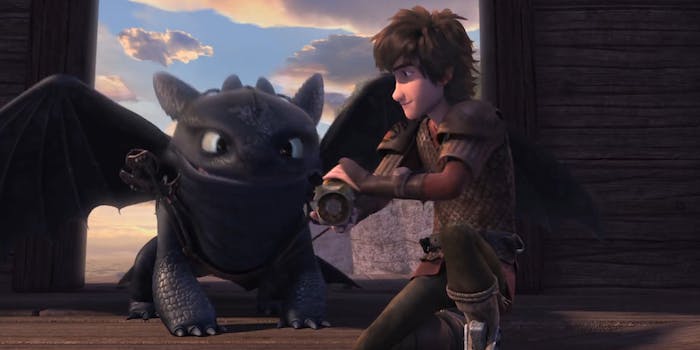 Hiccup and Toothless are coming to Netflix in June.

Netflix is continuing its media takeover with a series sequel to the How to Train Your Dragon movies. Titled Dragons: Race to the Edge, the animated series will run for 13 episodes, debuting on June 26.

Dragons: Race to the Edge follows Hiccup, Toothless, and their friends on a quest based on a device called the Dragon Eye, which this trailer suggests is some kind of magical viking movie projector. (Hey, it’s an animated dragon series, they can include a magical viking movie projector if they want.) It sounds like a familiar story to fans of the How To Train Your Dragon movies, as the heroes find a new group of dragons but are beset by rogue dragon hunters.

Dragons: Race to the Edge feels like a good choice for Netflix’s family programming. How to Train Your Dragon is one of those animated franchises that adults can enjoy as much as kids, but a Netflix series prevents parents from having to cue up the movies for the zillionth time. Plus, everyone loves a good dragon story.