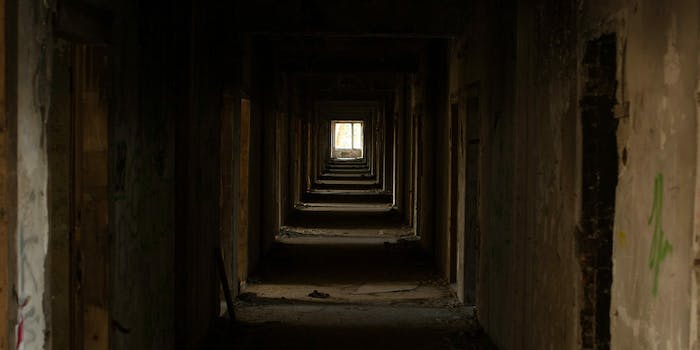 It's an intriguing continuation of the book.

Cult novel House of Leaves is basically the dictionary definition of “unfilmable.” Published in 2000, it’s known for its unusual visual format, featuring extensive footnotes, unique page layouts, and different colors of text. The narrative combines diaries, academic records, and traditional prose, centering around an experimental horror story about a mysterious house that defies the laws of physics.

It’s hard to imagine what a screen adaptation would even look like, so we were interested to see author Mark Z. Danielewski share an entire pilot script on Dropbox this week. Written by Danielewski himself, it isn’t attached to any official TV project. In fact, it’s not actually a conventional adaptation. It’s more like a continuation of the book, expanding the House of Leaves concept 20 years later.

In keeping with the novel’s famously meta-storytelling, the script casts a fictionalized version of Danielewski as an onscreen character. Set in 2018, it begins with the revelation that House of Leaves wasn’t a novel—it was all real. This leads to Danielewski being derided as a literary fraud, as if House of Leaves’ “realness” makes it less worthwhile. Of course, this comes with a more disturbing realization: The House itself was real as well.

Like the book, the House of Leaves TV pilot isn’t interested in traditional storytelling. The initial revelation is explored through talking-head interviews and news footage, followed by samples of the footage discussed in the book, and a series of dramatized flashback scenes about the character Johnny Truant. It’s definitely not the kind of TV pilot that would actually get funded or filmed, but it’s an intriguing addition to the House of Leaves mythos.

If you’re one of the many people who read House of Leaves when it was a bestseller in the early 2000s, you may be wondering what Danielewski has been doing in the intervening years. Since then, he’s published several novels and short stories and embarked on an ambitious plan for a 27-volume serial. (It had a small but dedicated audience but was discontinued after five volumes due to low sales.) This is his first significant return to House of Leaves in many years, and there are no current plans for a screen adaptation.