The 'Star Wars' voice actress and fashion mogul sounds off on her new girl-centric press.

Ashley Eckstein had heard one too many stories about geek girls with great story ideas who were having trouble finding an audience in the publishing industry. 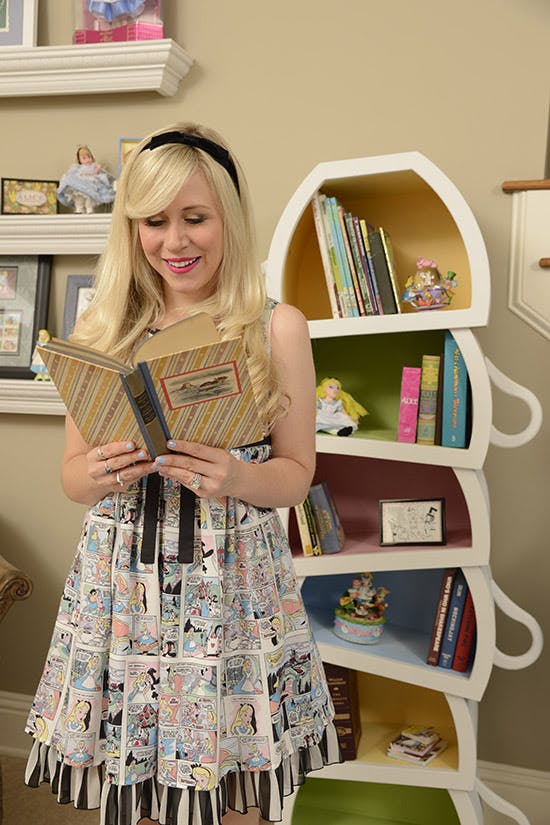 Announced at New York Comic Con last week, Her Universe Press is a joint partnership between Her Universe and Permuted Press, a small independent publishing house.

“I’m always trying to listen and react to what the fans are asking for.”

The new imprint’s goal is to interact directly with Her Universe’s fans as a springboard for publishing new science fiction and fantasy works for readers of all ages by up-and-coming female authors. Interested women writers who’ve written works with empowering themes and strong female protagonists can submit their stories and synopses online at the Her Universe Press website.

As part of the announcement, the famed Star Wars voice actress also introduced two inaugural books that Her Universe will be publishing next year. The first, to be released April 26, is Weirdest by author Heather Nuhfer. 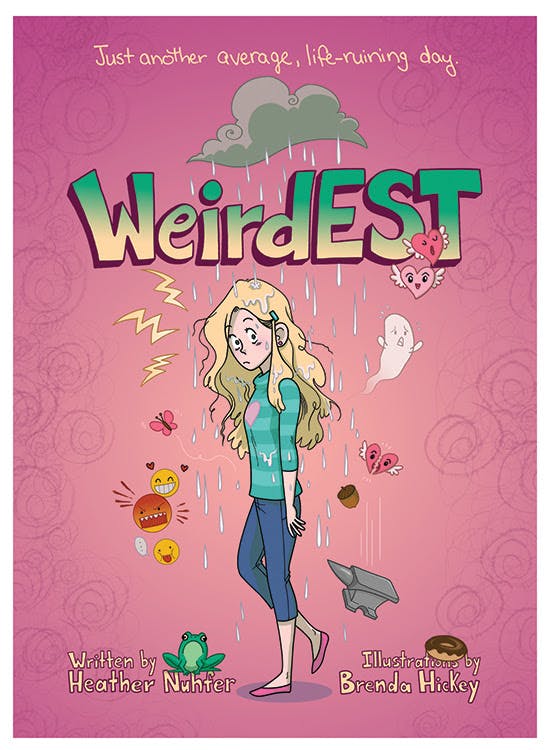 Weirdest is the story of thirteen-year-old girl who, in her desperation to be the coolest in her school, makes a wish and, as a result, has her strongest emotions physically manifest themselves in weird ways. Her powers run haywire as she tries to solve the mystery.

The second inaugural book, due summer 2016, is the first offering in the steampunk fantasy series The Confidence Chronicles, co-authored by Eckstein and Anne Convery, with artwork by Dave Filoni, who served as supervising director on Star Wars: The Clone Wars and executive producer for Star Wars Rebels. 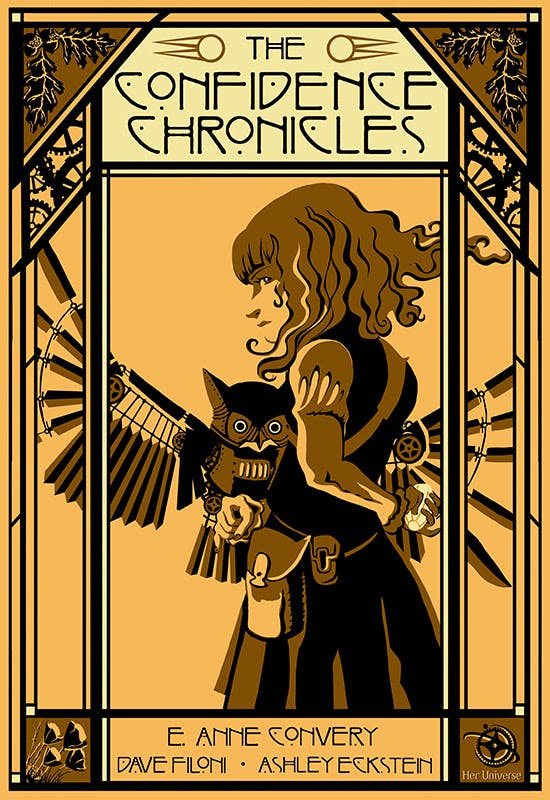 And here’s the synopsis:

The Confidence Chronicles, set in an alternate universe gold rush California, is a steampunk fantasy featuring twelve-year-old Adelaide Lenihan, whose grit, energy and obsession with all things mechanical lead her along with her automatic owl, Eureka, to uncover exciting and sometimes chilling secrets in her own home town. Mining, mystery and mayhem in this first installment set the stage for Addy’s fantastic adventures from west of the Sierra Nevada to east of the Mississippi and beyond.

We were full of questions about the ins and outs of this new press, so we tracked Eckstein down by email and got her to spill the details.

How did you initially make contact with your debut authors?

Eckstein: I was connected with Heather through our mutual friend Erika Lewis. When I started telling my friends about Her Universe Press, word started to spread and fellow Fangirl authors began to reach out!

Will Her Universe Press be merging with Permuted Press or will it be an imprint of it, or something new?

Her Universe Press is its own imprint. Her Universe has teamed up with Permuted Press to bring these stories to market.

On your submissions page you invite users to submit their works for consideration but don’t give any information about payment or copyright info—basic things like whether the user negotiates a contract with the press, or whether they’re paid by the word up to a certain flat amount, and whether they fully retain their copyright upon submitting to you.

All copyrights are fully owned by the author and if we decide to engage with the author after initial submission, deal points will be discussed at that point. Submission guidelines are according to Permuted Press and how they handle all of their submissions, but we appreciate the feedback and we will discuss this with Permuted Press.

Will Her Universe be working with book distributors like Barnes & Noble and Amazon to make these works available elsewhere in-person and online, or will they be sold primarily through the Her Universe store?

Yes! Our Her Universe Press titles will be sold wherever books are sold! Barnes and Noble, Amazon, book stores, conventions, events, etc. We have a distributor that will sell our books through all channels.

Could you tell me if you’ll be focusing on diverse characters and themes—not just books for and about girls, but books that feature the full spectrum of representation?

The press release mentions something about merchandising—is part of the goal to hook these books up with their own HU product lines?

Our goal is to make merchandise for our titles since that is what we specialize in! Expect books first but we will release merchandise when it makes sense.

There seems to be a rise in self-generated efforts by women in geek spaces to make their voices heard, and to make a space where their creative priorities can flourish. We’re seeing more small presses spring up right and left that are driven by women wanting to publish and promote fiction by/for/about women and diverse peoples. Is Her Universe Press a conscious part of that trend?

Her Universe Press was inspired by the fans. I have a stack of books at home that fans have given me over the years—all original stories written by fans that are not published. I’ve heard the same story over and over again, “I wrote a book. But I’m not sure how to get it published” …or “I don’t have an agent, so the publishing companies won’t look at my book”… or “I wrote this book and have no idea how to get it professionally published so I just made a few copies myself and I wanted to give you one.” I always had the same thought…. “Man, I wish I could publish these books and give Fangirls a platform to tell their stories!”

Her Universe has always been a group effort with the fans. I’m always trying to listen and react to what the fans are asking for. I’m THRILLED to team up with Permuted Press to bring Her Universe Press to life and provide fans with the potential opportunity to be published professionally.

Photo courtesy of Her Universe Press