Learn more about the 2015 show and see two pieces from the upcoming Marvel by Her Universe collection!

For the second year in a row, Her Universe and Hot Topic will join forces to bring a geek couture fashion show to San Diego Comic-Con.

Designers can submit ideas for couture outfits for women inspired by anything that is celebrated at the convention. Twenty-five finalists will walk the runway of the fashion show and two will be chosen as winners.

“We’re thrilled to announce The Her Universe Fashion Show is coming back to San Diego Comic-Con 2015,” Her Universe founder Ashley Eckstein said in a statement. “I can’t wait to see the designs submitted this year. It’s going to be impossible to choose only 25 designers to compete in this year’s show. SDCC brings together a pool of incredible talent!”

Her Universe began accepting submissions for the competition Wednesday. The deadline for submissions is April 22. The final 25 contestants will be announced by April 28. As with last year’s show, two winners will be chosen using an audience vote and a judges’ vote. 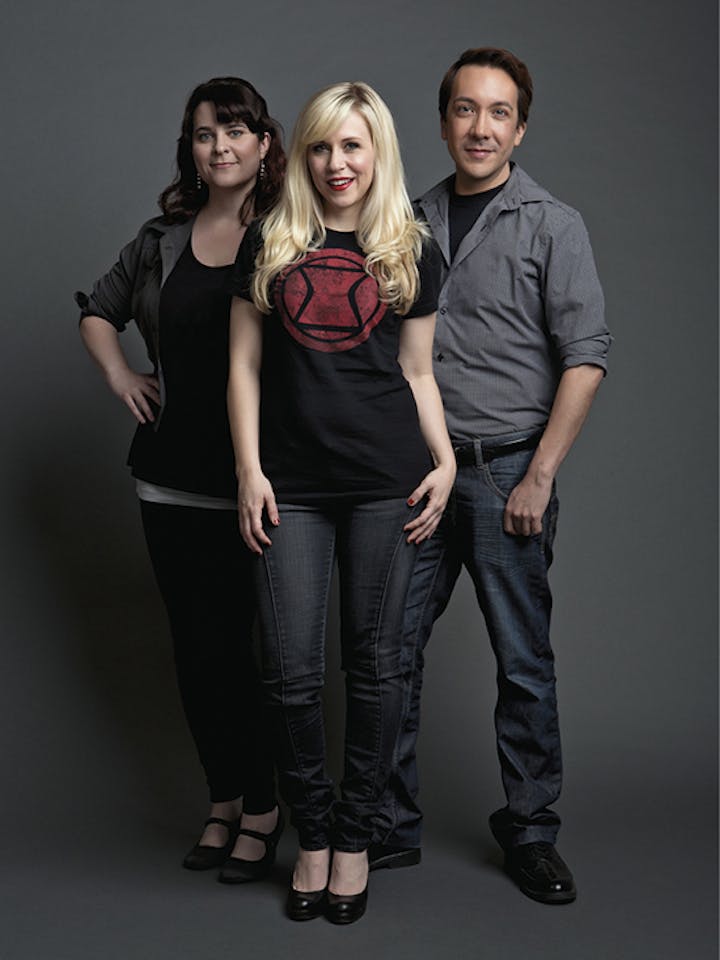 “The success of last year’s fashion show highlighted the unique opportunity to directly engage fans in what is clearly a labor of love,” SDCC director of marketing and public relations David Glanzer said in the statement. “We are excited to welcome Ashley and The Her Universe Fashion Show back for what is sure to be another fun and exciting event.”

The two 2014 winners, who were chosen from a pool of 36 finalists, won the chance to collaborate with Eckstein on an exclusive Marvel by Her Universe collection for Hot Topic, a preview of which was released this week.

In addition to announcing the 2015 fashion show, Her Universe on Wednesday also released two images from its Avengers-inspired line to give fans a closer look at what they can expect. The line will be available for preorder April 21 and will go on sale in May. 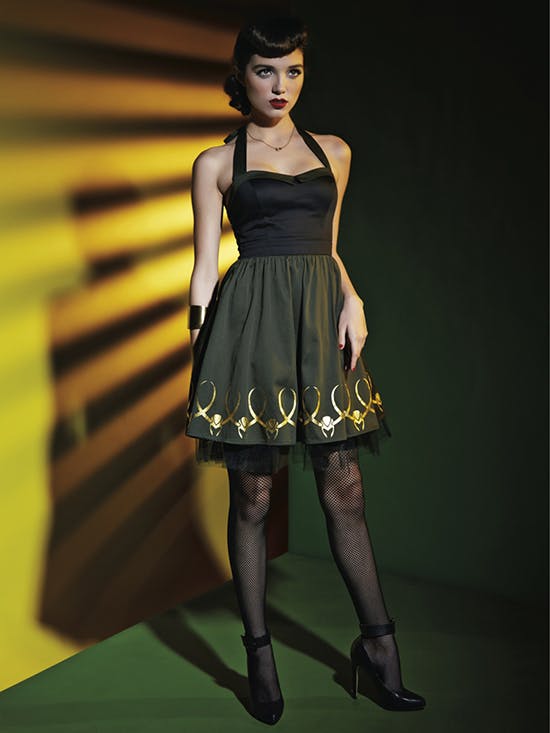 Loki dress designed by Amy Beth Christenson for the Marvel by Her Universe collection. 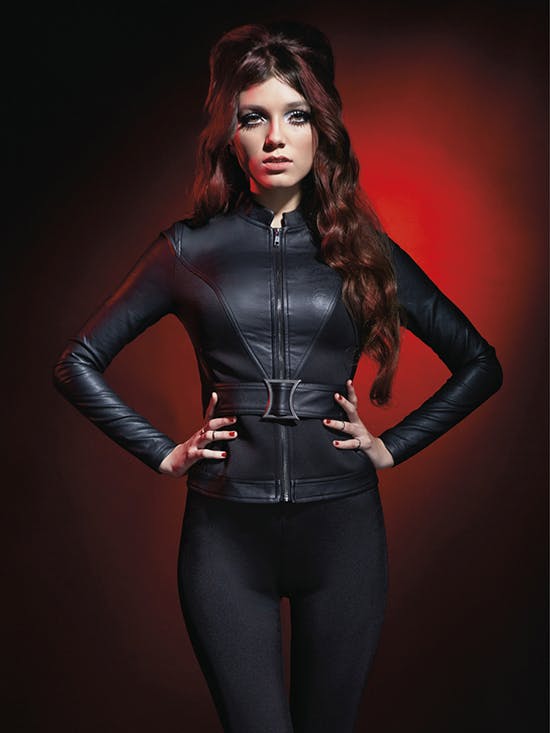 Black Widow jacket designed by Andrew MacLaine for the Marvel by Her Universe collection.

Considering the stunning designs that graced the runway last year and the beautiful collection that the 2014 winners created, it’s great to see the event continue in 2015, supporting the growing world of geek fashion and the many talented designers who can contribute to it.

The 2015 fashion show will be held on July 9 at the Manchester Grand Hyatt Hotel. Rules for the fashion-show design contest can be found on the Her Universe website.

Photo via Her Universe