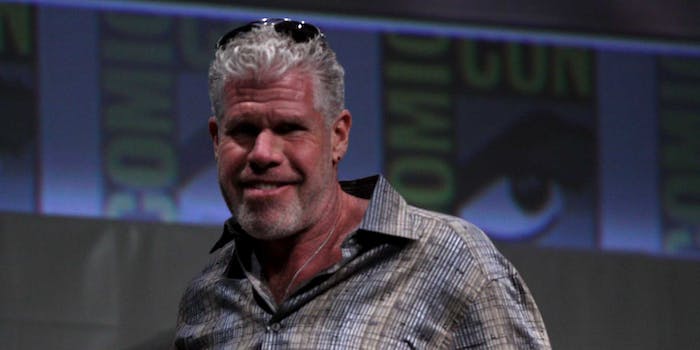 Could a social media campaign get the Hellboy threequel back on track?

Hellboy is one of those rare film series where the sequel is even better than the first movie.

In the decade since Hellboy came out, both movies have gained a cult following, with many fans hoping for another sequel. Actor Ron Perlman, Hellboy himself, is among them.

Anybody out there wanna see #HellboyIII as much as I do? Let's get this muthafucka trending, y'all!
Let's end the trilogy; we earned it!

Ron Perlman’s career is as healthy as ever, but it looks like he’s keen to get the ball rolling on another Hellboy movie before he ages out of the role. Hopefully some online support will remind Hollywood that there’s still a lot of interest in this franchise.

Every person who tweets #HellboyIII will be part of the reason this movie happens. This WILL happen. Do your part, yes you matter. Spam it.

Hellboy III can’t happen without director Guillermo Del Toro, so this movie needs him to be available and a studio to decide it’s worth financing.

In the current climate of endless comic-book reboots, remakes, and sequels, Hellboy III no longer seems totally out of the question. That said, in a Reddit AMA last year, Del Toro said they’d been trying to make Hellboy III for a while now, but studios just weren’t interested.

“Creatively, I would love to make it. Creatively. But it is proven almost impossible to finance. Not from MY side, but from the studio side. If I was a multimillionaire, I would finance it myself, but I spend all my money on rubber monsters.”

Del Toro’s next movie after Crimson Peak is the Pacific Rim sequel in 2017, along with various projects he’s producing, like his TV series The Strain. So while a Hellboy sequel would be an exciting prospect—and no doubt a lot more interesting than many of the comic-book movies currently in production—we can’t really see Del Toro finding time to make it.