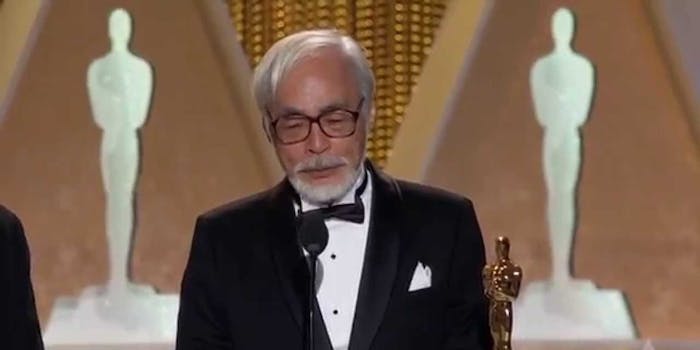 The adorable reason Hayao Miyazaki came out of retirement (again)

The reason he returned is intensely personal.

Legendary Studio Ghibli cofounder Hayao Miyazaki said he would retire—following a series of retirement attempts—after making The Wind Rises in 2013, but that retirement, again, didn’t last long. He continued to work on other creative projects, and this year he announced his return with another feature film at Studio Ghibli.

Slated for release in 2019, Miyazaki’s next film will be Boro the Caterpillar, about—you guessed it—a caterpillar. Not much is known about the movie, except that it’s based on an earlier idea for a short film. So, why did this specific project inspire Miyazaki to come out of retirement?

In a recent interview, Miyazaki’s producer Toshio Suzuki said that the director returned for family reasons. “He said, ‘I’m making it for my grandson,'” Suzuki explained. Miyazaki wants Boro the Caterpillar to be a gift that lives on after he’s gone from this world.

So, as ever, Miyazaki’s decision was intensely personal. Known for his combination of artistic integrity and take-no-prisoners curmudgeonliness, we’d expect no less from this legendary filmmaker.