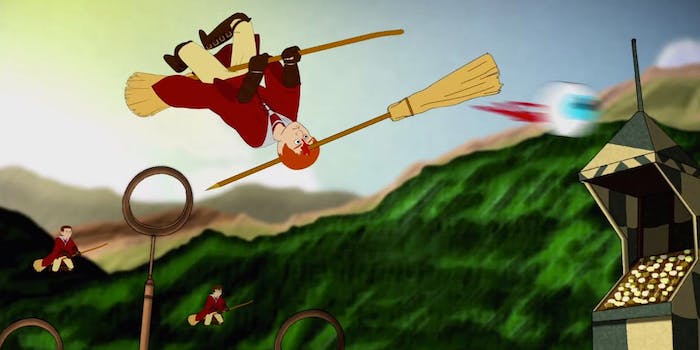 All about the Boy Who Lived In a Dark Crawlspace for the First Decade of His Life, What the Hell?

As Harry Potter fans often like to point out, the series isn’t exactly a happy children’s tale. In the first book alone, we find out that our hero has lived the entire first decade of his life in a dark crawlspace while suffering extreme emotional and physical abuse at the hands of his relatives, all following the horrific murder of his parents by an actual sociopathic serial killer. And the first book is generally considered the most lighthearted of the bunch.

Needless to say, Harry’s early life and subsequent Hogwarts trauma don’t exactly constitute the fun, happy fare we tend to associate with J.K. Rowling‘s fantasy world. Thankfully, YouTube parody kings the Fine Brothers are here to remind us that things could be a lot worse.

Institutional racism, a Quidditch battle royale, and Dumbledore blithely letting it all happen? Sounds kind of like these fans understand Rowling’s story better than she did.