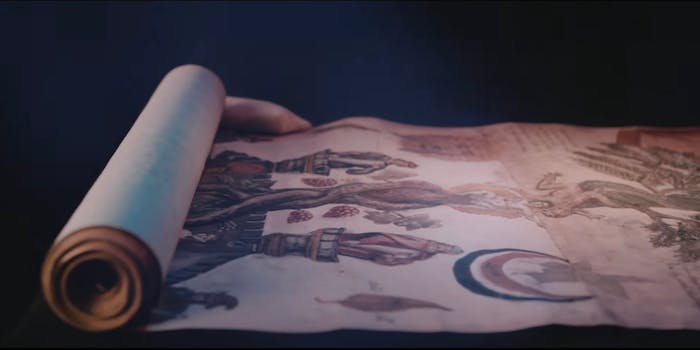 There's so much to explore.

The Harry Potter exhibition ends its residency at the British Library in London on Wednesday, but fans who missed it—or want to see it again—can now view parts of it from their homes.

And there’s a lot to explore, too. The site has plenty on the real-life historical and magical influences on Harry Potter and the basis of Hogwarts classes as well as the magical creatures that shape Harry’s world. If you’re looking for an in-depth look at J.K. Rowling’s works, several scans of writing and sketches reveal some of her earliest depictions of characters, places, and chapters. You can view what she imagined Hogwarts to look like, the synopsis she provided when trying to pitch Harry Potter and the Philosopher’s Stone to publishers in 1995, and handwritten pages from Philosopher’s Stone’s 17th chapter—aka the moment when Harry learns the truth about Professor Quirrell.

Sketches and an interview with illustrator Jim Kay, who is in the process of creating illustrated editions of all seven Harry Potter books, reveals the process of bringing Rowling’s depictions to life as well as the moments he loves and dreads to draw.

“People have always been interested in the history of magic and in the world around them,” Lead Curator Julian Harrison said in an interview published to the exhibition site. “That’s what we’ve discovered from putting the exhibition together and the public reaction to it has confirmed that. There’s a global fascination in things that are unexplained.”

Although fans don’t have the full version at their fingertips, the full exhibition will make a stop at the New-York Historical Society in New York from Oct. 5, 2018, to Jan. 27, 2019.