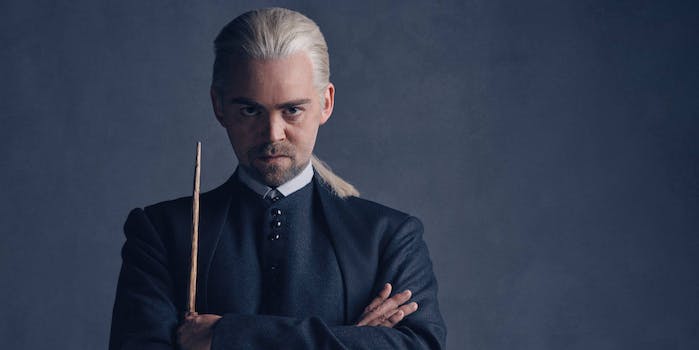 Does ‘The Cursed Child’ include a Draco Malfoy hair continuity error?

This post contains no major spoilers for 'Harry Potter and the Cursed Child.'

This post contains no major spoilers for Harry Potter and the Cursed Child.

Unlike the halcyon days of the original Harry Potter books, Harry Potter and the Cursed Child is receiving a decidedly conflicted response from fans. The stage play may have inspired positive reviews, but a lot of people downright hated reading the script.

The good news is, you can just ignore everything that happened in the new book.

Obviously, this was always an option. Plenty of fans already decided that the only true canon is contained within the pages of the seven core books, and everything else is optional. However, there’s one particular detail that makes it easier to separate The Cursed Child from the other books: Draco Malfoy’s hair.

In the epilogue of Harry Potter and the Deathly Hallows, Draco is going bald. But in The Cursed Child, which (mostly) takes place three years later, he looks like this:

Costumes and staging can change from production to production, but there actually are references to Draco’s hair in the text. At one point Ron talks about his ponytail, and smoothes over a disagreement by complimenting Draco’s hair.

Sure, you can have a ponytail and be going bald at the same time, but it’s not an especially dignified look, and Draco is all about dignity. So, for desperate fans who want to separate The Cursed Child from the previous seven books, I have a suggestion. You can choose to believe there are two continuities in Harry Potter canon: The original universe where Draco is going bald, and the Cursed Child timeline where Draco has a full head of hair.