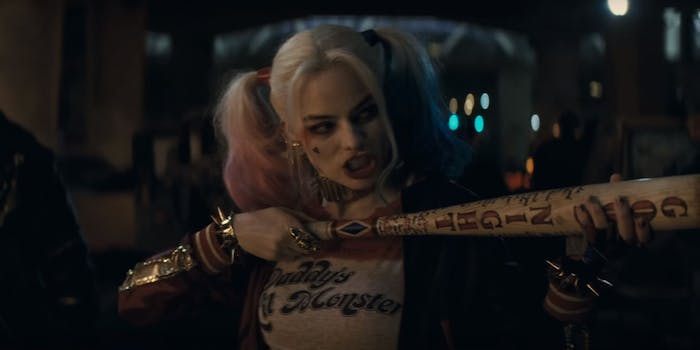 Harley Quinn was the most-Googled Halloween costume in 2015

She was even more popular than 'Star Wars.'

When Google crunched the numbers on this year’s Halloween-related search terms, it came up with a surprising result. DC Comics character Harley Quinn was the most-Googled costume choice this year.

Google’s Frightgeist page tracked which costumes people were Googling across the U.S., and Harley Quinn was more popular than generic searches like “Star Wars,” “superhero,” and “pirate.” When it came to specific costumes, significantly more people went for Harley Quinn than for better-known characters like Batman, Wonder Woman, or Elsa from Frozen.

There’s no denying that Harley Quinn is an ideal Halloween costume choice. She’s creepy, recognizable, and easy to replicate using clothes and makeup you probably already have at home. Also, you’ve got a built-in couples costume with the Joker.

This influx of Harley Quinn costumes is a reminder of something we kind of already knew: Suicide Squad is ridiculously popular. Despite starring a cast of (mostly) C-listers like Killer Croc and Captain Boomerang alongside Harley and the Joker, it’s one of the most anticipated superhero movies on the market.

You’d think comic book fans would be more excited for Batman v Superman, but more people have watched the trailer for Suicide Squad—a film that won’t even come out until August 2016. Up until this year, Harley Quinn was a second-tier DC villain mostly known for her role in video games and Batman: The Animated Series. Now, she’s apparently mainstream enough to be one of the most popular Halloween costumes in America.