Store your energy drinks for a quick recharge while you reload your blaster.

Now you can keep your soda cold in the same carbonite that kept Han Solo frozen.

Walmart is advertising a Star Wars Battlefront Deluxe Edition that comes with a Han Solo mini-fridge. The image of the open mini-fridge in the ads shows what looks like six cans of Coke, judging by the red labels.

Were this a demonstration of what the mini-fridge might look like when placed in the home of a gamer—considering Battlefront is a competitive first-person shooter—you would be more likely to see cans of Mountain Dew, Red Bull, or Noz. 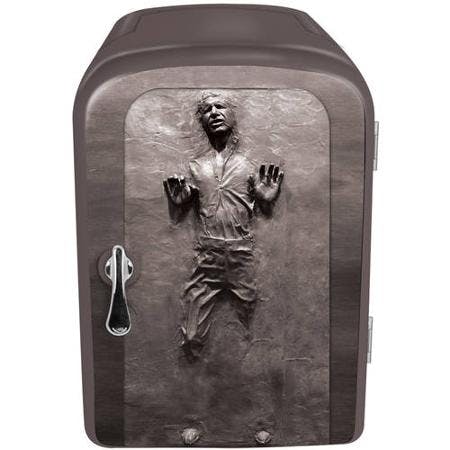 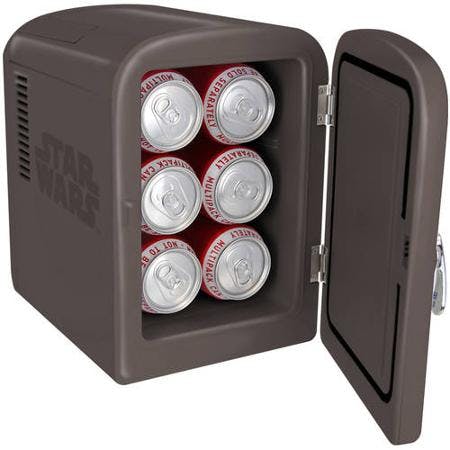 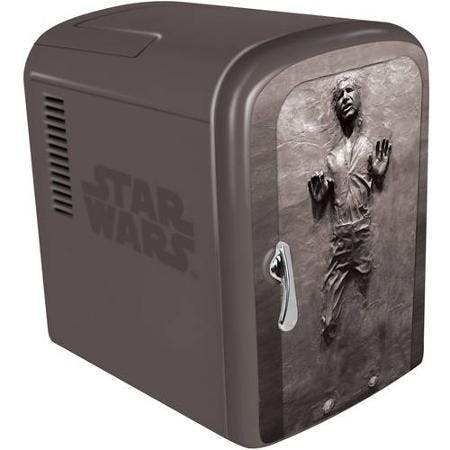 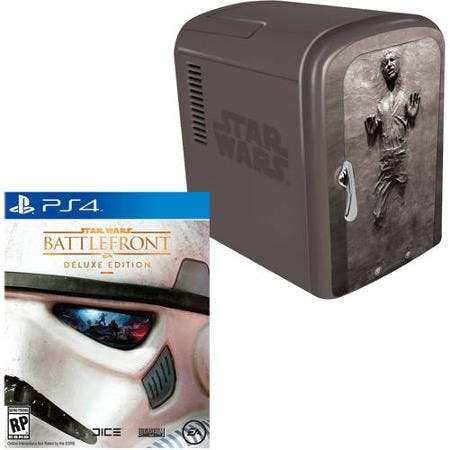 Walmart lists the Star Wars Battlefront Deluxe Edition for $130. You’d basically be paying $70 for the Han Solo mini-fridge, as Battlefront itself will go for $60. You’re going to have to buy it somewhere other than Walmart’s website, however, as the Deluxe Edition is sold out.

If you think this deal sounds odd, it is not the first time a mini-fridge has been sold as part of a special edition for a video game. The Call of Duty: Black Ops III collector’s edition also comes with a mini-fridge, and that was announced back in July.

Star Wars Battlefront will be released, with and without a Han Solo mini-fridge, for PC, PlayStation 4, and Xbox One on Nov. 17.