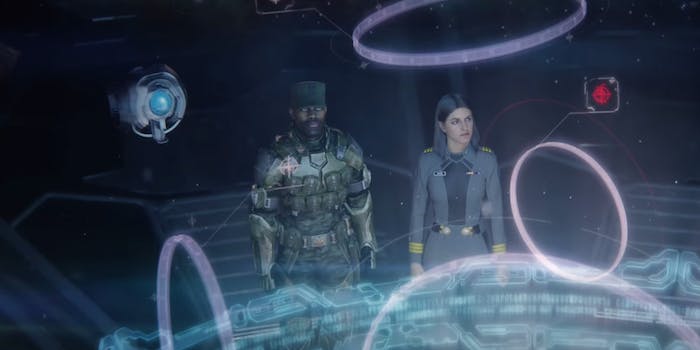 All of the awesome in one handy graphic.

When Bonnie Ross announced the Halo: The Master Chief Collection at E3 this year, she rattled off a list of features that your brain, in its excitement, probably didn’t fully grasp at the time.

But lucky for you, NeoGAF user Zoba whipped up an infographic compiling the contents of the Blu-Ray disc in the Halo: The Master Chief Collection—and it looks ridiculous. You can also check out Zoba’s links to relevant YouTube videos.

Microsoft has yet to release a new Halo game on the Xbox One, and that probably has something to do with the Xbox One’s lagging sales numbers. Halo and Halo 2 were system-sellers for the original Xbox. Halo 3 was released in September 2007, and by the end of the year more than half the people who owned an Xbox 360 also owned a copy of Halo 3.

The last original Halo game, Halo 4 was released on the Xbox 360 almost two years ago, and Halo 5: Guardians won’t be out until the latter half of 2015. The Master Chief Collection is a stopgap measure, which ostensibly explains why Microsoft is being so generous with the extras. It includes four previous Halo games, and the Halo live-action Knightfall series produced by Ridley Scott.

Halo: The Master Chief Collection will be released for the Xbox One on Nov. 11.