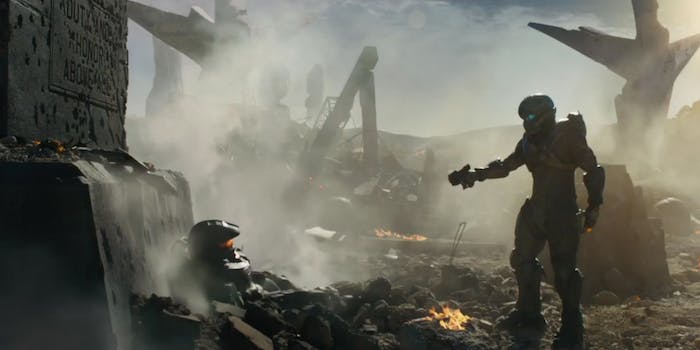 Halo fans must wait seven months to discover why two Spartan super-soldiers, Master Chief and Locke, are pointing guns at each other in a pair of live-action commercials for Halo 5: Guardians.

Microsoft has released two new spots for Halo 5 that show what looks like a climactic scene in the game’s storyline, with each spot showing a different point of view. The company also announced that the Xbox One-exclusive game would be released on Oct. 27.

In Halo 5, Spartan Locke, one of the new generation of Spartan warriors, is hunting Master Chief, the last surviving original Spartan and the hero of the Halo series. We know Locke is on the hunt for the Chief because of cinematics from Halo: The Master Chief Collection and scenes from Halo: Nightfall, the digital feature that shipped with the game.

The new commercials build on Microsoft’s Hunt the Truth alternate reality game and the associated audio series about a journalist in the Halo universe investigating Master Chief’s background. The audio series is scheduled to run up to E3 2015, which takes place June 16-18 in Los Angeles, Calif.