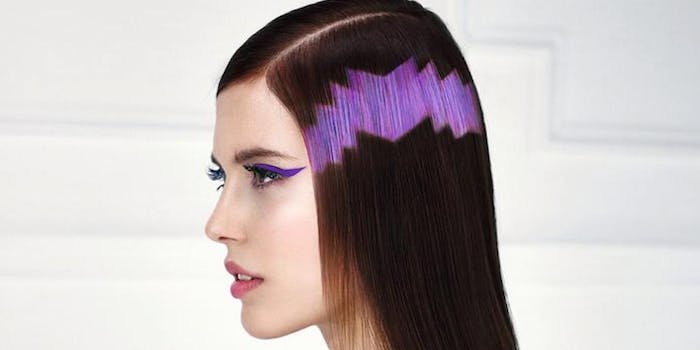 Time for your hair to go digital.

There’s a new hair color technique sweeping salons around the world that will probably remind you more of a classic video game than any hair trend you remember. Developed by Madrid-based studio X-presion, the technique is referred to as #xpresionpixel and dyes hair to look like pixel art.

According to Estetica Magazine, the coloring took months of research to develop. They describe it as “an innovative coloring process that achieves a new chromatic dimension and color pixelated effect on the hair, while playing with movement and transforming these textures into the appearance of the pixel effect—something never seen before!”

The pixelated coloring was featured last fall in Revlon Professional’s neon collection and has since spread. Now people everywhere are sharing photos of the look using the hashtag #xpresionpixel on Instagram. The style is so unique it’s no surprise it’s catching on. The photos show colorful designs that look amazing. The only question is how long you can pull off walking around and going to work with pixelated hair.

If it’s the hot spring trend, who can argue with you going retro and trying some ’80s gaming pixels in your locks for a while?