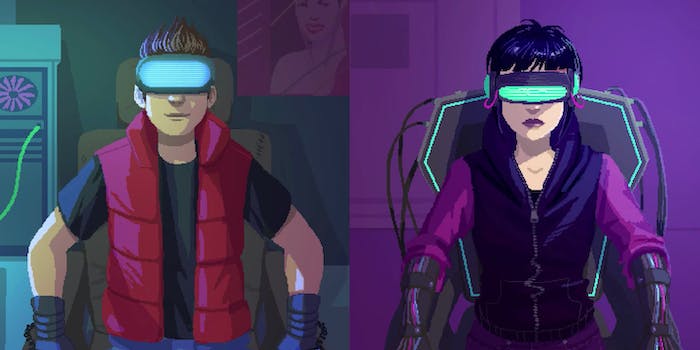 This retro, 16-bit music video is ‘Ready Player One’ in a nutshell

The video is full of its own Easter eggs.

Ready Player One is loaded with ’80s nostalgia between the visuals and the plot, so it’s only fitting that the film got its own ’80s-esque riff in 16-bit animation.

The music video for GUNSHIP’s latest song, “Art3mis & Parzival,” is an animated adaptation of Ready Player One, pitting Art3mis and Parzival together and against one another as they hunt for James Halliday’s Easter egg and face off against Nolan Sorrento and the IOI. It’s a very condensed version of Ernest Cline’s book that doesn’t touch on its more controversial storylines while fleshing out Art3mis more than the book does at times.

Even those who might not like or know much about Ready Player One can appreciate the song. Apart from the song name, GUNSHIP weaves in references seamlessly and delivers a song that works both as a tribute to Ready Player One and the kind of ’80s jam you could find on a video game soundtrack.