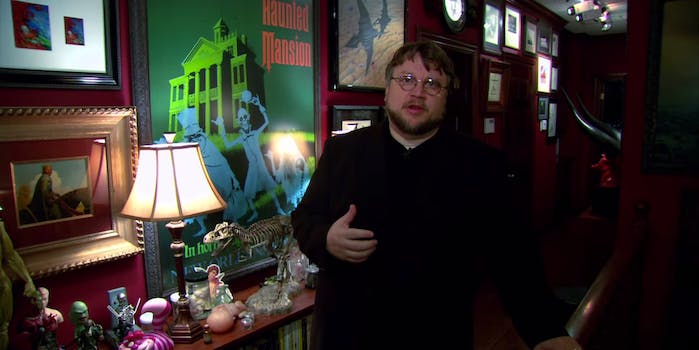 The director gave the Criterion collection a tour of his spooky "Bleak House," and it's a Halloween delight.

Guillermo del Toro doesn’t just direct horror and dark fantasy: He lives it. Or so his tour of “Bleak House,” the name he’s given his spooky gothic home, would have us believe.

Del Toro filmed the tour in 2012 for the Criterion Collection. The home, is full of macabre objects, from body parts in jars to creepy toys to solemn statues—all for the sake of helping del Toro “circulate the lifeblood of imagination, which I think is curiosity.”

“When we lose curiosity,” del Toro says, “I think we lose entirely inventiveness.”

Del Toro calls the “Bleak House,” located in Los Angeles, his ‘man cave,’ but with its twists and turns and endless assortment of dark rooms, it really does resemble a kind of Batcave—if Batman were really into Dreadpunk.

Well, I don’t know about you, but I’m definitely feeling creative.