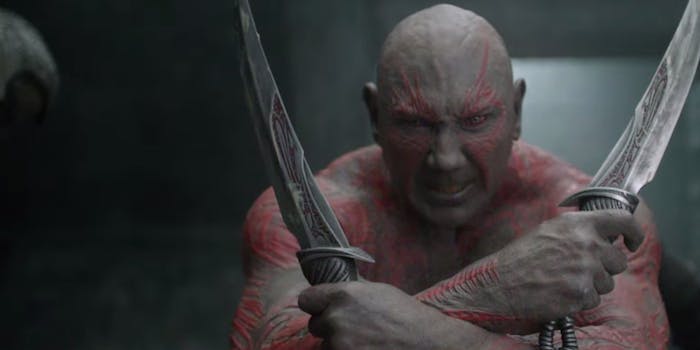 The movie isn’t out yet, but fans are already head-over-heels for Marvel’s Guardians of the Galaxy.

Thanks in part to its fan-pleasing movie trailers and Marvel’s previous cinematic success, more than 2,000 fans packed a Q&A panel at Wizard World Philadelphia this weekend hosted by three Guardians of the Galaxy stars: Dave Bautista, Karen Gillan, and Michael Rooker.

Granted, each of them is already well established outside of the Marvel Cinematic Universe. Bautista (Drax) is a respected professional wrestler, while Gillan (Nebula) will be forever loved for her role as companion Amy Pond from Doctor Who. Finally, Rooker (Yondu) is a key figure for Walking Dead fans. 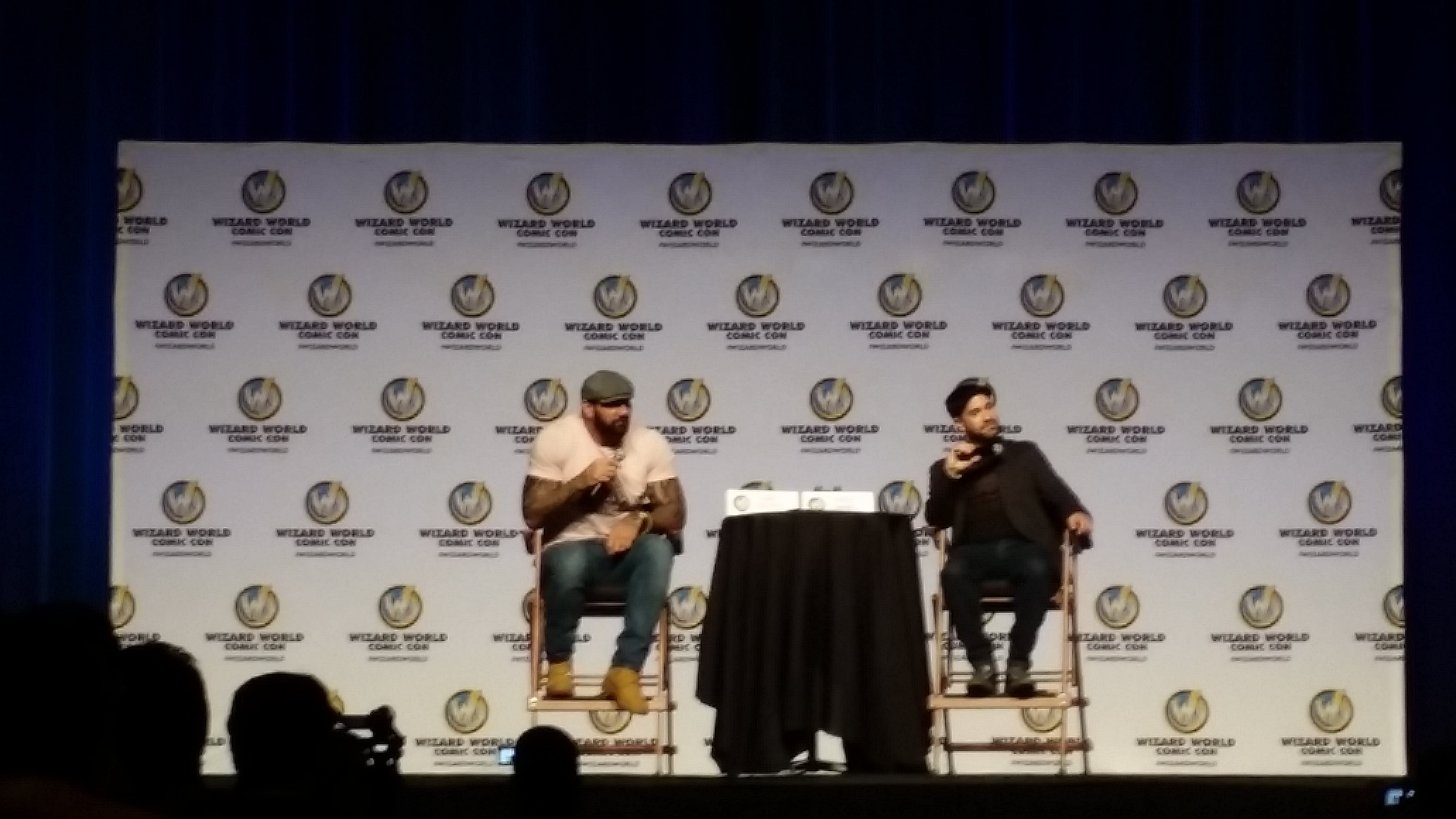 Fans young and old, both costumed and in street clothes, spent close to two hours with the stars. Bautista was surprisingly gentle and serious during the exchange while Rooker brought the house down with his energy and talkative demeanor. Finally, Gillan was sweet and humble, clearly appreciative of the enthusiastic crowd. She melted at the sight of a young girl in an Amy Pond costume and snapped a picture with her at the conclusion of the panel.

Here are a few highlights:

What was it like to put on the makeup for Drax?

Dave Bautista: It took about four hours to put on and anywhere from one to two hours to remove. But once I put in those really cool contact lenses, I knew I was really Drax.

Is there talk of an Avengers versus Guardians movie?

DB: Only on the Internet. I hope so; I hope they stay true to the comics. But to be honest, you know about as much as I do. Marvel is very hush-hush on their movies.

If you come back to the WWE, who would you want to be mashed up with?

DB: I’m definitely coming back to the WWE. I love professional wrestling and I don’t want anyone to think I abandoned it. So to answer the question, I want to take on Triple H.

If a civil-war style battle were to break out between wrestling fans and comic book fans, whose side would you take?

DB: I would probably just beat myself up.

Have you seen yourself yet as an action figure from Guardians of the Galaxy?

Michael Rooker: I haven’t even seen myself in any of the trailers! But when the film does come out and my character is revealed, I think it’s going to be really surprising and wonderful. It was an awesome project to work on.

When did you know that Walking Dead was going to be a hit?

MR: All you have to do is see the pilot. Once I saw that, I knew everyone—film fans, TV fans, everyone—was going to love it.

How was it playing a villain?

Karen Gillan: I had a great time tormenting people, especially Zoe Saldana. My character is really fun. She’s a sadist; she really likes to be bad.

KG: I love doing comedy. I had a blast on the set of Selfie [an upcoming film in which Gillan plays a character obsessed with taking selfies]. But I want to continue doing sci-fi. Female characters in sci-fi are so strong and amazing and I’d never want to go away from it.

Which Doctor Who alien is Nebula the most like?