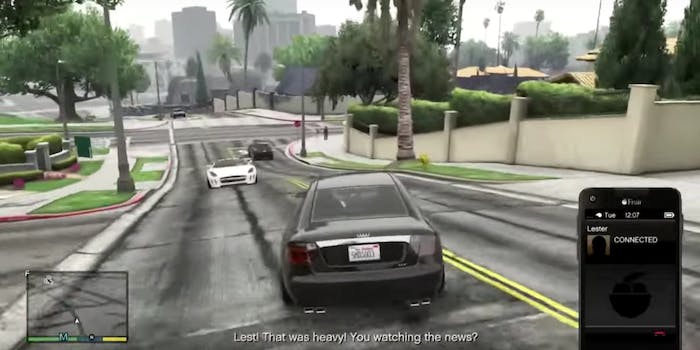 What self-driving car software can learn from playing video games

The video game’s worlds are so intricately designed they can easily be adapted to simulate real-life events—such as a toddler running into the road—to provide a near-perfect testing ground for autonomous vehicles when cruising real roads isn’t an option. You’re probably wondering how viable of a training experience these simulated drives can be. The answer is: very.

These simulations aren’t meant to replace real-life road training. Instead, think of the game as a way for developers to enhance their algorithms. If a car experiences faulty programming while on the road, developers can then recreate the situation virtually to test over-and-over again. Even better, simulators don’t require fuel or the risks of road tests while engineers are working out the bugs.

Waymo, formerly known as Google Self-driving Car Project, has used simulations to test and further develop its fleet for over a year now.

“If the simulator shows better driving is called for, our engineers can make refinements to the software, and run those changes in simulation in order to test the fixes,” a Google report from January 2016 states.

Though Waymo hasn’t been using GTA V as its simulator, many companies are tweaking the game to specifically apply to driving—which isn’t a very heavy lift. The comprehensive and immersive design of GTA V easily compares to other driving simulators companies are already using.

If you’re still concerned about self-driving cars training through a video game, don’t be. The cars have lots of real-life driving to do before they can be released unsupervised onto our roads.