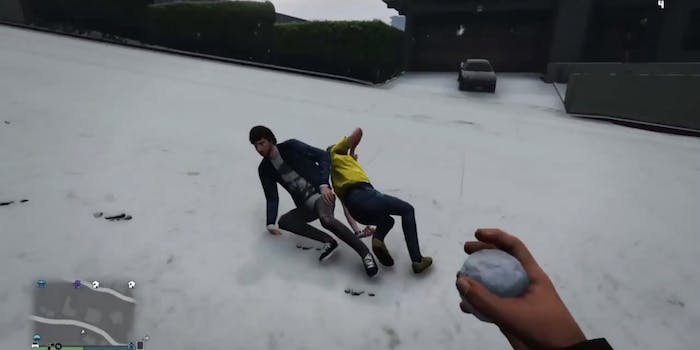 Even snowballs can be deadly in Grand Theft Auto

Maybe it’s time to give up on anything in San Andreas being cute or innocent.

What we didn’t know is these events also demonstrate that in GTA Online, snowballs can apparently kill. Or make hipsters so angry that they beat each other unconscious. Thanks to a YouTuber who goes by the name Merfish, we have proof.

Maybe those were actually iceballs. You know, when someone makes a nice, round ball of snow, cups it in their hands until the outer layer melts a little, and then then lets the outside freeze again before they smack you in the head with it?

Although, in GTA Online, proper iceballs probably blow up cars or something.