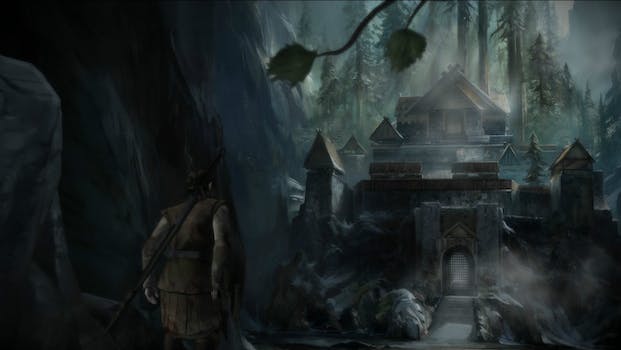 This is an authentic Game of Thrones adventure.

Game of Thrones, the newest episodic adventure from Telltale Games, certainly lives up to its namesake in terms of politics and raw brutality.

In fact, Episode 1: Iron From Ice was filled with more blood and gore than I think was present in entire seasons of The Walking Dead, the other Telltale game based on a preposterously-popular franchise. Iron From Ice feels much closer to and dependent on the source material that inspired the game.

That’s precisely what may be the logjam for the appeal of the game. I think The Walking Dead: Season One and The Wolf Among Us require no foreknowledge of the relevant universes and story lines to appreciate the games in their own right. I haven’t played Tales from the Borderlands yet to know whether it stands alone or not, but Iron From Ice absolutely doesn’t. 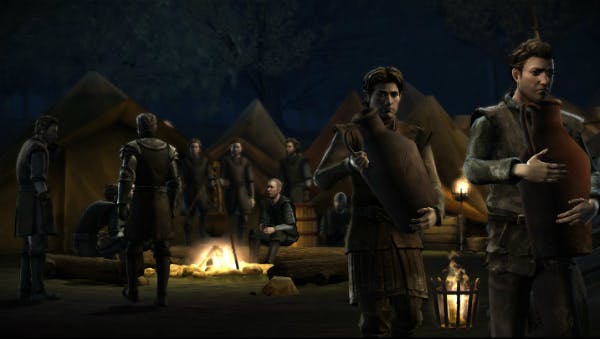 What’s this wedding everyone is talking about at the beginning of Iron From Ice? What is Casterly Rock, and why are the members of House Forrester we meet within Robb Stark’s camp ready to attack it, anyway? And who’s Robb Stark? I wish I wasn’t a Game of Thrones fan, so that I could try and assess whether a player fresh to Westeros would be able to answer these questions, based purely on cues within the game.

Iron From Ice begins immediately prior to the Red Wedding. Within minutes of starting the game, a whole lot of people are being put to the sword. I can’t imagine that a player who isn’t already familiar with the civil war taking place at this point in the Game of Thrones storyline would understand why everyone starts getting killed all of a sudden.

The slaughter introduces Gared Tuttle, the squire of Lord Forrester. Gared is ostensibly the first protagonist we’ll be following through the series. His Lord doesn’t survive the Red Wedding, and Gared is forced to kill soldiers belonging to House Whitehill, an ally of House Bolton and ancient enemy of House Forrester, in order to make his escape. 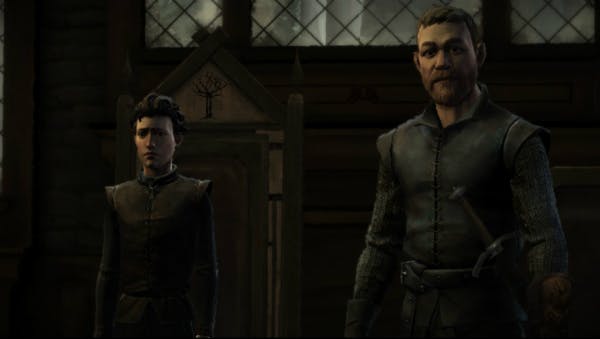 Gared leaves House Forrester behind to make his trek to the Wall, and he leaves a family that’s in serious trouble. House Forrester has lost its Lord, and his firstborn son, at the Red Wedding. The third born son, Ethan Forrester, has to assume the mantle of leadership.

He’s young, inexperienced, and anticipates the arrival of Ramsay Snow, who is certainly going to seek justice for the Whitehill soldier killed by Gared. Ethan becomes the second protagonist we’ll ostensibly be following throughout this Telltale games series.

The third original and main character we meet is Mira Forrester, a handmaiden to Lady Margaery Tyrell. Margaery is betrothed to King Joffrey at this point in the overall Game of Thrones plotline.

Mira, being from the North and the daughter of Lord Forrester, who fought for Robb Stark, is accused of being a traitor by Cersei Lannister. This is mostly by way of torturing Lady Margaery, voiced by Natalie Dormer. Mira has to negotiate a meeting with Cersei at King’s Landing in an attempt to placate the Crown and gain protection for her family from the inevitable retribution to be delivered by Ramsay Snow.

The first, substantial fan payoff in Iron From Ice is Mira’s entry into the throne room, where Cersei and Tyrion Lannister sit in their chairs on either side of the Iron Throne. The dialogue felt a little stilted compared to what the HBO series offers, but I certainly felt like I was talking to the genuine Cersei and Tyrion I know from the series, in no small part due to the quality voiceover work from Lena Headey and Peter Dinklage. 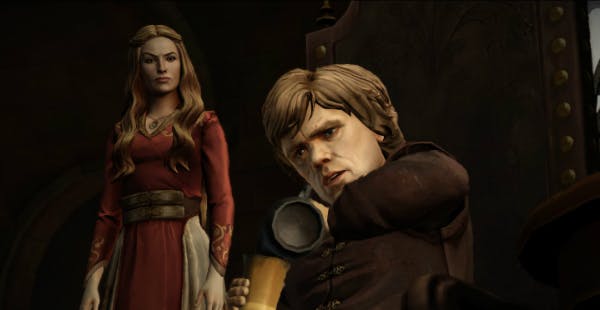 Politics is the mainstay of the action in Iron From Ice, whether it’s Mira’s intrigues or Ethan’s attempts to deal with both the internal and external politics of running House Forrester. If traditional gamers feel that adventure games like those developed by Telltale are not “proper games” for their lack of skill challenge, Iron From Ice is a poster child for that argument. Other than the minor keyboard (or controller) acrobatics at the Red Wedding, Iron From Ice mostly consists of clicking on dialogue choices.

And in this sense, Iron From Ice delivers what Game of Thrones fans want. The basic formula of the series—character development and narrative tension punctuated with scenes of vicious brutality—is intact and expertly woven together into an adventure game.

Knowledge of the series, for me, also took something away from the basic Telltale formula on which their games depend, i.e. freely experimenting with choices based on what I feel is right or wrong, in the moment. When Ramsay Snow makes his appearance at House Forrester, knowing just how much of a psychotic, dangerous bastard he is scratched certain dialogue choices immediately off the list, for me. When Mira has to decide whether to confide in anyone in King’s Landing, I know precisely what that environment is like, and the knowledge got in the way of my feeling free to experiment. Not if I wanted to play smart.

The story of the Stark family is mirrored almost perfectly in Iron From Ice, from the fatherless son sent to the Wall, a young Lord trying to keep a House intact, and an isolated Northern girl confronting the politics of King’s Landing.  This could be a strike against Iron From Ice, because from a certain point of view, Game of Thrones fans have already seen this story before.

I have to say we “ostensibly” meet protagonists because at least one of them was dead by the end of my playthrough of Iron From Ice. Because Telltale games are shaped by player choices, I don’t know whether that event happens regardless of how the player handles dialogue options, or whether I sentenced the character to death with my choices. This is Game of Thrones. Anyone’s head could be on the chopping block at any time, and this quick loss of a character helps punctuate the appeal of Iron From Ice to series fans.

Newcomers to Telltale Games aren’t going to realize this, but Telltale has upped the ante on the art and animation quality in Iron From Ice, compared to their previous games. Where Telltale games usually feature very sharp edges and cartoon-like coloring, the art in Iron From Ice is much softer, and features more subtle gradations of color. I have to note the horse animations because they are fantastic. I haven’t seen horses done this well since Red Dead Redemption.

All the elements to recommend Iron From Ice to Game of Thrones fans are there. I think anyone who enjoys Telltale games but who does not watch Game of Thrones, should watch a few seasons of the show before they give this a try. Long-running Telltale fans get all the mechanics and design they’re used to and enjoy, but this being an interactive narrative, backstory matters so much more than ever before in a Telltale game.

The only thing missing from the Game of Thrones formula is sex, which I was most curious to see how Telltale would handle. The gut feeling I get from Iron From Ice is that Telltale may never cross the bridge into the racy stuff we see on HBO.

The Daily Dot will provide a review score for the entire first season of Game of Thrones when all episodes are released.

Disclosure: Our review copy of Game of Thrones Episode 1: Iron from Ice on Steam was provided courtesy of Telltale Games.