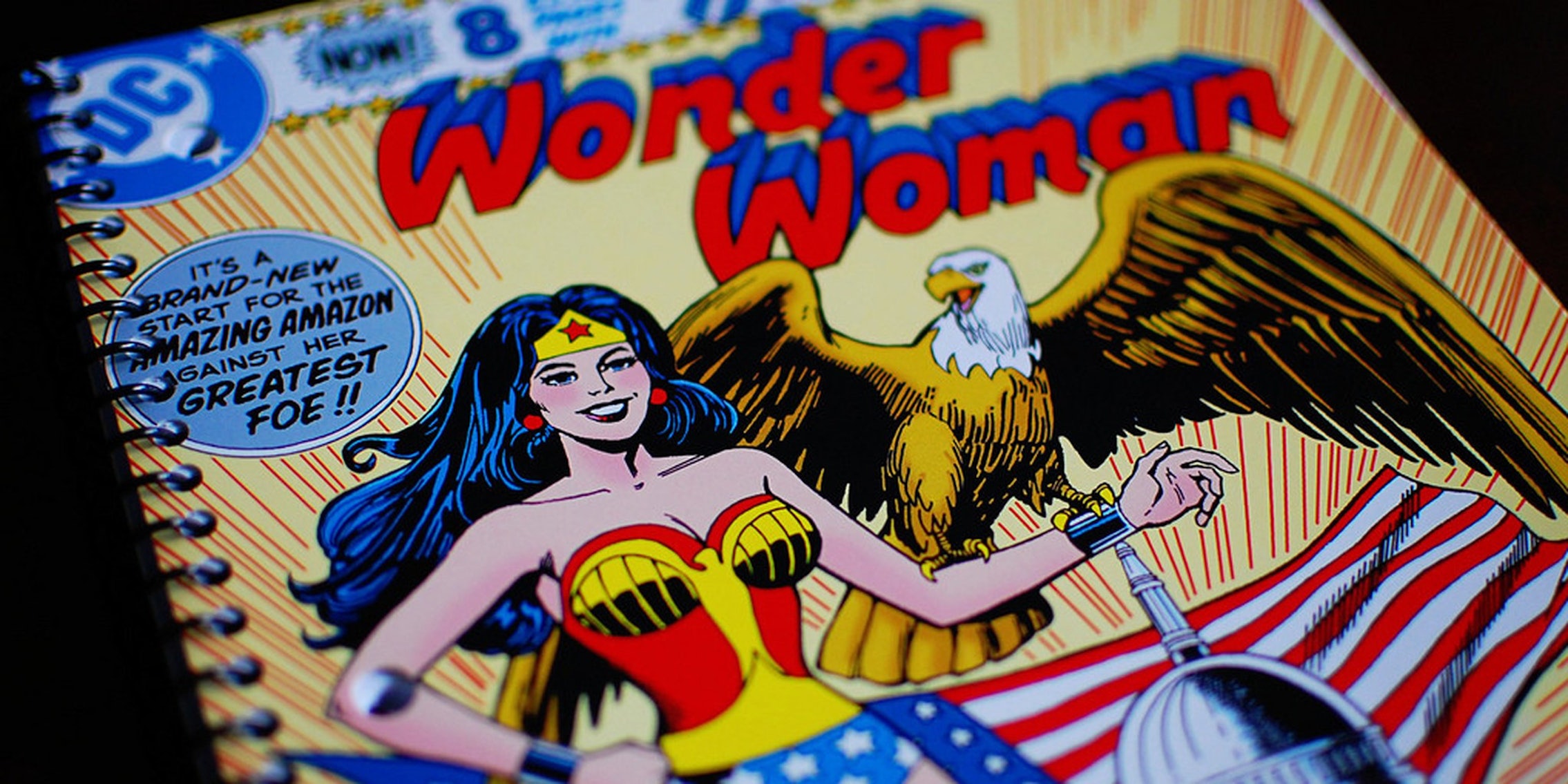 When 11-year-old Rowan noticed a lack of women superheroes in DC Comics’s movies, TV shows, and merchandise, she decided do something about it. The girl wrote a letter to the company explaining that she’s a longtime fan, but she’s upset by how few women she sees.

“I love your comics, but I would love them a whole lot more if there were more girls,” Rowan wrote. She closed the letter by saying,”Please do something about this. Girls read comics too and they care.”

The letter was shared Wednesday by freelance journalist David M. Perry, who knows the girl’s family and posted it with their permission. Rowan’s parents Renée and Jim told the Daily Dot their daughter has loved superheroes since she was about 2. She especially enjoyed Batman, Superman, and Spider-Man. 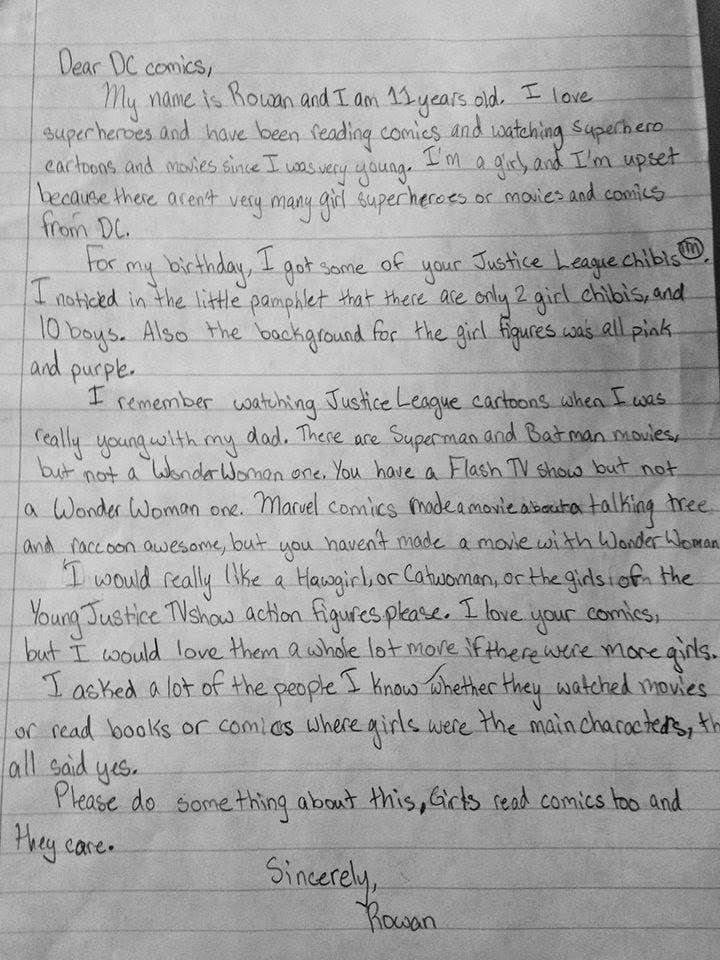 “Rowan got really excited about Wonder Woman and Hawkgirl when she watched the Justice League cartoons around age 5 or 6,” Renée said. She wanted a Wonder Woman outfit to go along with her Superman and Batman costumes, but she was frustrated (and surprised) that we couldn’t find one. She and her dad ended up making one from a bathing suit, tin foil, and red rubber rain boots. It was pretty awesome.”

Rowan continued to want more superhero items, but the family discovered in their search that there were not many options for girls. The few options that were available were not exactly what Rowan was looking for either. When the family found a Supergirl logo T-shirt that was pink, Rowan noted how Supergirl’s costume was actually red, blue, and white. Building Rowan’s current collection of superhero apparel and toys took the family a lot of digging.

“When she wanted to know why it was so hard to find the toys that she was so excited about, we tried to explain that most companies don’t think girls are interested in superheroes, so they don’t think they’ll make money on products that feature female characters,” Renée explained. “She thought that was stupid, and she got pretty angry about it, even at age 5 or 6.”

The lack of women heroes in a collectible set of Justice League chibi action figures inspired Rowan to write her letter. She told her parents one day that she spent her bus ride home from school “thinking about a letter she wanted to write to DC about these chibis.”

“She sat down right away and started to write,” Renée said. “She stopped from time to time to ask her dad if a particular sentence sounded OK, but apart from that it was entirely her own work. In fact, she was a little worried that people wouldn’t believe it was written by a kid, so we made sure not to interfere. But we were extremely proud of her for taking the time to write about something that was important to her, instead of just being frustrated about it.”

Her parents mailed the letter to DC Comics on Wednesday, but it went viral after Perry posted it on his website. It prompted a response from the company Friday on Twitter.

“We all thought it was pretty awesome that DC responded, especially Rowan!” Renée said. “It’s so encouraging to see such positive responses to her speaking up, and it really shows that there are tons of other people who feel the same way. Rowan would like to see a change and she hopes that maybe DC (and other superhero comics and films) will do it.”

Whether or not DC Comics will actually make changes is the big question. DC Comics is not alone in struggling with representations of women, especially when it comes to merchandise, but now that they’ve seen Rowan’s amazing letter, maybe they will understand a little better how their treatment of women impacts even their youngest fans.

“The thing is, it’s not that there are no female superheroes,” Renée said. “There are lots of them, as comics fans know. But in terms of what’s available for kids when you walk into Target or Toys-R-Us, the superhero world looks pretty exclusively male. That’s frustrating for girls who are fans; the boys can wear their favorite superhero all the time, but to this day we’ve never seen a Hawkgirl T-shirt for kids. It makes the girls feel like they’re not important in the comics world, and that’s hard when it’s something that they love so much. Frankly, Rowan doesn’t like not being taken seriously.”