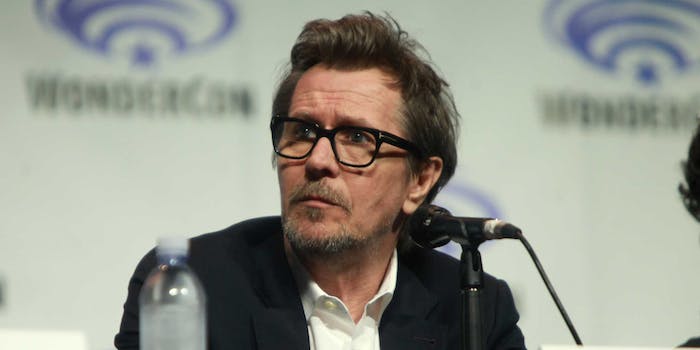 Gary Oldman is co-writing a novel about vampire cowboys

The man who played Dracula is writing a book about vampires in the old West.

Cowboys vs. Aliens. Pride and Prejudice and Zombies. Abraham Lincoln: Vampire Hunter. The micro-genre of horror mash-ups has been doing well over the past few years, and now it’s getting a boost from an unexpected quarter: veteran actor Gary Oldman.

Oldman, along with his longtime manager Douglas Urbanski, has signed a book deal for a novel called Blood Riders, a vampire story about a man fleeing a curse in the old West.

Urbanski and Oldman have been working together for 30 years and had previously been asked to write some kind of memoir about their Hollywood experiences. However, Urbanski told Deadline, “I couldn’t think of anything more boring.” Instead, he and Oldman decided to collaborate on a vampire novel that they have been discussing since 2009.

In a joint press release, Oldman and Urbanski said, “We have always wanted to write a story of vampire cowboys, set in the Wild West, the gold rush—and we have had these characters and this story kicking around in our heads for years. “

There are already plenty of vampire novels on the market, but Oldman’s name should go a long way toward helping this book succeed. You’ve got to be curious about a vampire story co-written by someone who once played Dracula himself.