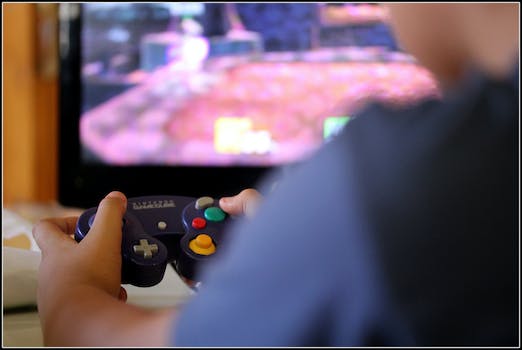 GameStop has made it impossible to buy a $20 adapter without spending $140 for a bundle.

GameStop has caught the ire of gamers yet again, and this time it’s with more shady bundles.

For fans of Super Smash Bros. for Wii U, finding the elusive GameCube controller adapter, which is currently in short supply worldwide, has been arduous. Stores are sold out everywhere. Rumors have been floating around that Nintendo has stopped manufacturing them. These factors have driven rampant speculation on eBay. Netting an adapter online can easily set you back $80.

To break that down, lets say you were to buy each of these items individually at MSRP. A controller would run you $30, and the adapter—if it were available as a standalone item, which it’s not—$20. Add it all together, and it’s $140. So, buying the bundle from GameStop nets you no savings, whatsoever. Of course, overall it’s cheaper than trying your luck on eBay. Those are the people GameStop seems to be after.

In other words, GameStop is hiding the adapter behind a $120-GameCube-controller paywall.

Well, it’s not really working, as users on /r/smashbros, NeoGAF, and Twitter would like to point out.

It's like they're holding the GameCube Adapter hostage. Gamestop:"If you want the adapter, you have to buy the 4 controllers along with it."

This isn’t the first time GameStop has tried to reposition products to squeeze more dollars out of customers. GameStop ran into a bit of trouble when they started marking up used copies of Xenoblade Chronicles and Metroid Prime Trilogy for the Nintendo Wii. Both games are rare, and were selling for at least $90 eBay.

GameStop, however, clearly had quite a bit of back inventory.

A sealed copy of a game has to sell for the MSRP price of $60. A used copy, however, can be marked up. Users started noticing absolutely pristine conditions of Xenoblade Chronicles and Metroid Prime Trilogy pop up at retail stores all across the country. Many caught on to GameStop’s apparent ruse rather quickly.

The company, from the looks of it, had allegedly been opening new copies of the game and selling them as used just to increase the price.

After all the hoo-haa, GameStop did lower the prices of Xenoblade Chronicles and Metroid Prime Trilogy to a more acceptable $45.

Before you go rushing to your nearest GameStop to drop $140 on controllers you may not need, just know that Nintendo has not discontinued the GameCube adapter, and the company is trying to meet demand for its adapters, according to Nintendo U.K.:

We would like to reassure you that GameCube Controller Adapter for Wii U has not been discontinued by Nintendo of Europe, and we are doing everything we possibly can to meet the demand which is currently outstripping supply.

We are unable to comment specifically on individual retailer stock levels and as such we ask customers to contact their local retailers directly regarding their availability of this product. We would however like to reassure you that we are working hard to ensure that additional stock can be made available and delivered to retailers.

So just have a bit of patience before getting roped into GameStop’s bundle trickery.

Image via Marta Diarra/Flickr (CC by 2.0)