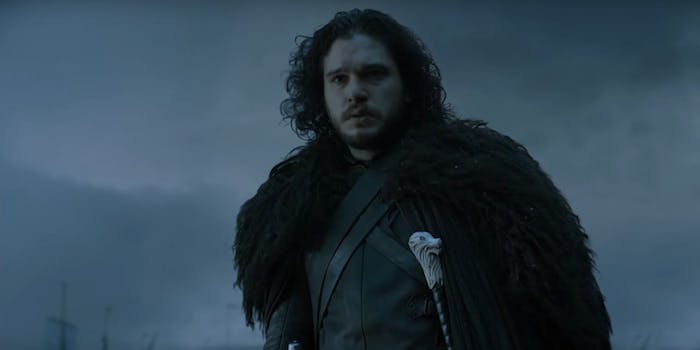 If you’ve eagerly been waiting to read George R. R. Martin‘s The Winds of Winter before HBO‘s next season of Game of Thrones, we’ve got some bad news for you.

The author of the A Song of Ice and Fire series published a blog post early Saturday morning announcing that his sixth novel will not be released before Game of Thrones season 6 airs in April. Martin, his publishers, and HBO’s game plan was originally to have the book published before the end of March to avoid spoilers from the television programming revealing things not yet reached in the books. He explains that he missed his initial deadline of getting a manuscript in by the end of October, and his later revised deadline of the end of 2015.

Unfortunately, the writing did not go as fast or as well as I would have liked. You can blame my travels or my blog posts or the distractions of other projects and the Cocteau and whatever, but maybe all that had an impact… you can blame my age, and maybe that had an impact too…but if truth be told, sometimes the writing goes well and sometimes it doesn’t, and that was true for me even when I was in my 20s. And as spring turned to summer, I was having more bad days than good ones. Around about August, I had to face facts: I was not going to be done by Halloween. I cannot tell you how deeply that realization depressed me.

The prolific author looks to be taking it in good humor. In the post, he also explains that he’s never been great with deadlines, talking about how he told students at his alma mater Northwestern University that he went down the fiction route instead of journalism because he knew daily deadlines just weren’t his thing.

But Martin also addresses the issue of spoilers, answering the question of whether or not the show will spoil the books with, “Maybe. Yes and no.” Season 6 might expose some plot points that haven’t happened yet in the books, but the show has already deviated from the canon in the novels. For example, some characters who are dead on the show are alive in the books and vice versa. And thanks to the “butterfly effect,” any divergence from the other text could result in entirely different outcomes.

At this point, Martin can’t predict when he’ll be done writing The Winds of Winter and there’s still is no exact release date. But Game of Thrones season 6 is coming, and at least fans have that.