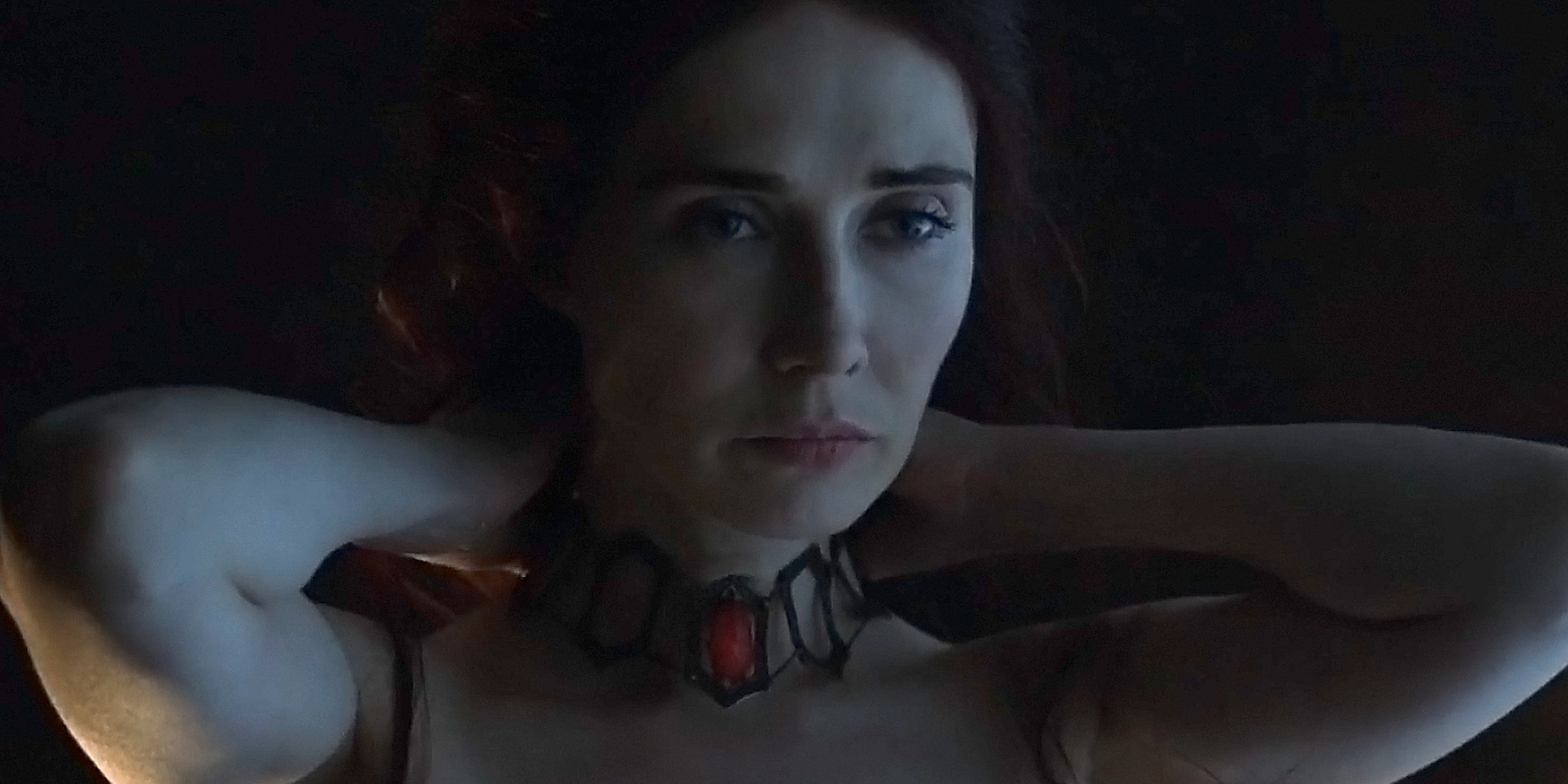 This goes far beyond Jon Snow.

Warning: This article contains spoilers for the Game of Thrones premiere, “The Red Woman.”

Game of Thrones is back, and it still knows how to pack a punch.

The only confirmation that Jon Snow fans got is that, yes, he actually is dead (although whether he stays that way is the big question). But as “The Red Woman” reminds us, there are still plenty of players left in Westeros.

We spent the majority of the episode in Castle Black, as Davos, Dolorous Edd, and the few other Night’s Watch brothers loyal to Jon prepared for a fight, but we also saw some of the unrest and unease in King’s Landing, Dorne, Meereen, and beyond. And the sixth season premiere didn’t even cover every storyline; we’ll have to wait to see Bran Stark again in the second episode.

There’s much to unpack here, so let’s get started.

1) What’s up with Melisandre?

Melisandre’s reveal at the end of “The Red Woman” is one that will surely have fans talking for some time. It’s nowhere near the first time Melisandre has taken her clothes off for the show, but it is the first time we’re seeing her for who she really is. 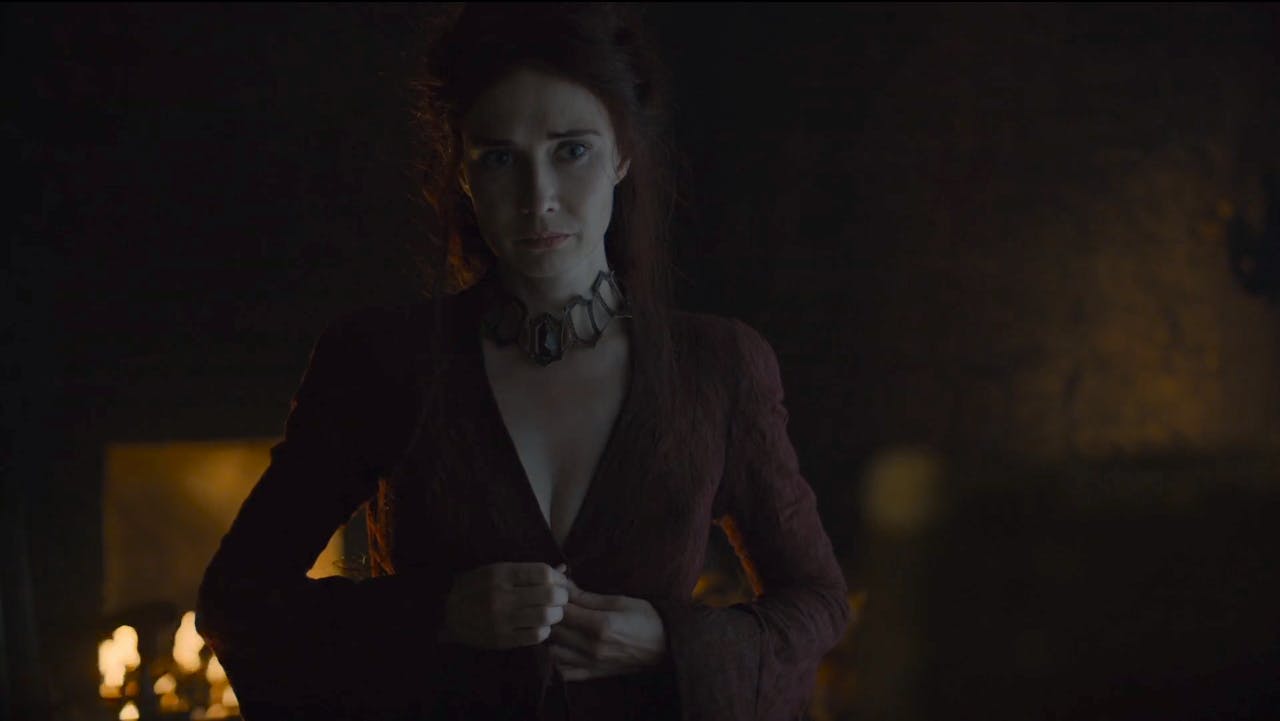 She had seen Jon fighting at Winterfell in the flames, and with his death alongside Stannis Baratheon—the man she thought was Azor Ahai reborn— last season, she’s having a major crisis of faith.

Melisandre is at her lowest point, and she needs to, as writer and co-creator Dan Weiss puts it, “look her real self in the eye and come to terms with where she stands now.”

Once Melisandre removes her clothes and her ruby necklace, a frail, old woman stands in her place. It is her true self. We’ve been entranced just as much as the men she manipulates on the show.

Game of Thrones co-creator and writer David Benioff explains that he’s had conversations with George R.R. Martin about Melisandre, who has always seemed to be older than she appears. While the show and books have both hinted at it, Benioff says that Melisandre “is supposed to be several centuries old” and confirms a longstanding theory about the red priestess.

It’s not the first time we’ve heard it confirmed. The actor who played Maester Cressen, who died all the way back in season two, told Flicks in the City in 2012 that Carice van Houten told him that the reason Melisandre survived the poisoning—and he didn’t—was because she was 400 years old.

There are hints of this in the book, located primarily in Melisandre’s only point-of-view chapter in A Dance With Dragons. She doesn’t need to eat (although she hides that fact from men), and she only needs to sleep a little bit; she hopes to soon not need any sleep at all. She has “practiced her art for years beyond count, and she had paid the price.”

The episode also appears to confirm that the key to Melisandre’s power is her ruby necklace, which glows when she’s using her power, such as during Maester Cressen’s death and when she takes off the necklace in “The Red Woman.”

However, there is a discrepancy here: In season 4, Melisandre takes a bath without it while conversing with Selyse Baratheon. Was that a major oversight by the show? Maybe not.

According to one reading of the scene, Selyse isn’t looking at Melisandre with a mix of horror and fascination because she’s naked, but rather because she’s seeing Melisandre’s true self. It’s not a glamour for Selyse, who is a true convert to R’hllor and doesn’t need to be seduced or tricked like the men in her life.

Melisandre is at her lowest point. So was another red priest, Thoros of Myr, when he first discovered that he had the power to resurrect a friend of his close to him. Could the same thing happen with Jon later in the season?

By many accounts, the Dorne plot last season was a complete disaster, but now the show has largely absolved itself of its weakest link.

Doran Martell, Areo Hotah, and Trystane Martell all found themselves at the hands of Ellaria Sand and the Sand Snakes’ coup d’état, and they never had a chance. The Sand Snakes had been beaten and had received forgiveness from Doran, but they never truly planned to bend their knee—if that wasn’t already apparent with the killing of Princess Myrcella Baratheon.

The Sand Snakes had to act quickly once Doran learned of Myrcella’s death. Tyene Sand took care of Areo, Ellaria had Doran, and Obara and Nymeria Sand somehow traveled to King’s Landing to assassinate Trystane. They wiped out the weak men who ruled, and there will most certainly be a reckoning from King’s Landing—and maybe even from the Dornish themselves. 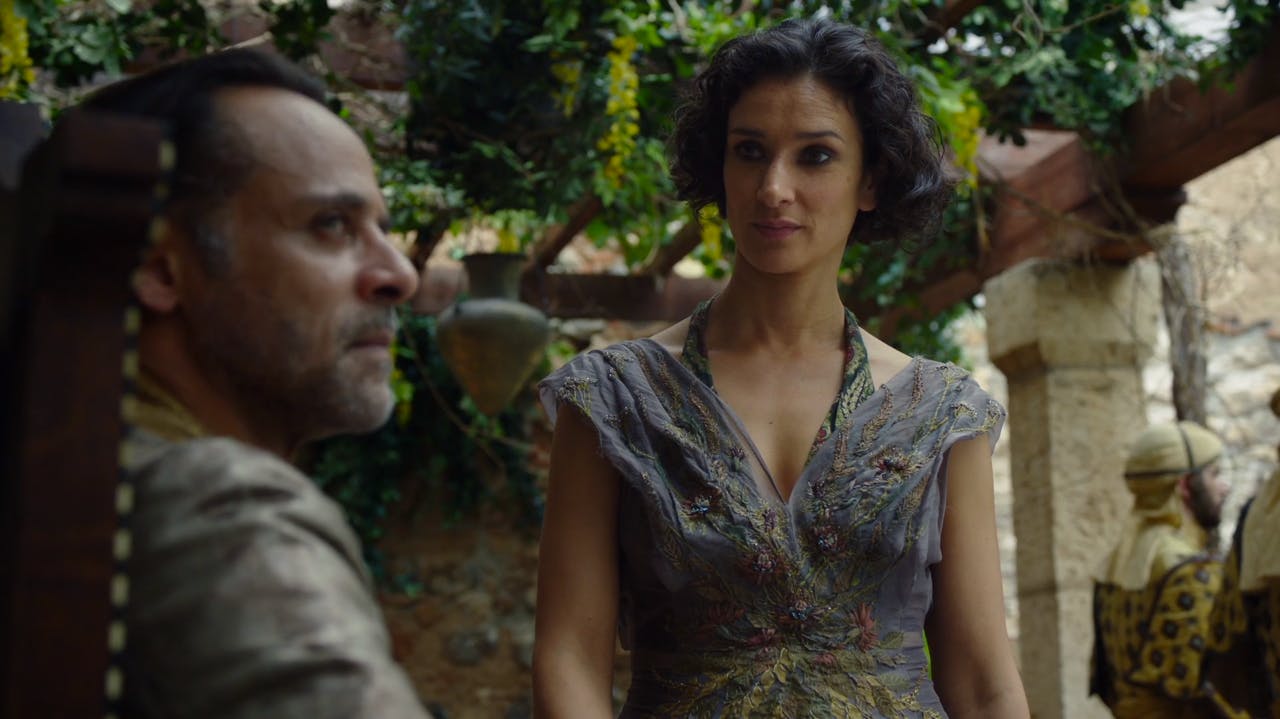 Another major family of Westeros has been completely wiped out—unless the show has been hiding Arianne Martell under our noses this entire time. And many fans will surely mourn how Game of Thrones wasted actor Alexander Siddig as Doran.

All three of those characters are still alive in the books, so fans won’t be able to predict this year’s Dorne plot as easily. Doran’s passiveness was merely a ruse in the books, as he later revealed he was plotting with Targaryen supporters, but time will tell if that was also the case in the show.

3) Why didn’t the Night’s Watch just burn Jon after stabbing him?

After the mass mutiny against Jon Snow last season, Alliser Thorne and the other brothers who conspired against him just…left him there?

The Night’s Watch have seen for themselves what happens to a dead body at Castle Black if it’s not burned before nightfall. Of course, for the plot to continue, Davos Seaworth needs to get his hands on Jon’s body, but that will probably be a misstep that will bite Thorne in the ass later.

Benioff compared Jon’s assassination to the assassination of Julius Caesar: There were many conspirators who all believed they were doing the right thing. Dolorous Edd and the other men standing with Davos and Ghost remain loyal to Jon, and it seems like the other Night’s Watch—the ones who weren’t completely against him—aren’t as sold on the merits of murdering the Lord Commander.

4) Where is Sansa heading?

Sansa Stark nearly ended up back in the hands of Ramsay Bolton, but luckily, Brienne of Tarth and Podrick Payne—who probably started following them after Brienne killed Stannis—were nearby to fight off his men. After the men are all dead, she offers Sansa her sword again. This time, without Littlefinger nearby and with Podrick to assist with the vow, Sansa accepts. 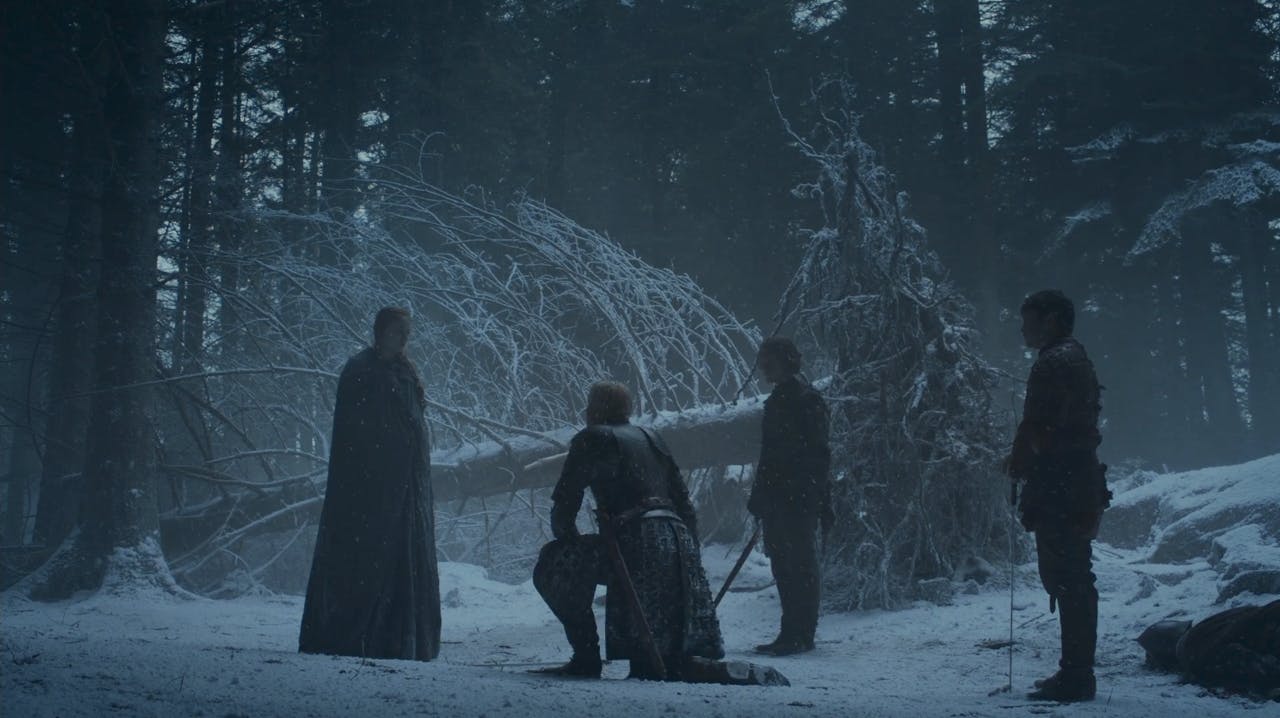 Even if it’s something that blows up in our faces two episodes later, it’s satisfying on so many levels. Brienne is finally able to aid one of Catelyn Stark’s daughters, Sansa has a valiant warrior at her side, and both Podrick and Theon are capable of killing men for her as well.

Ramsay surmises in the trailer for the second episode that Sansa is heading for Castle Black, a place at which she would probably be less than welcome given the circumstances of her half-brother Jon’s death. But with Brienne, Theon, and Podrick to give her council, she might head in a different direction—perhaps to a family that knows no king (or queen) but the king (or queen) of the north, whose name is Stark?