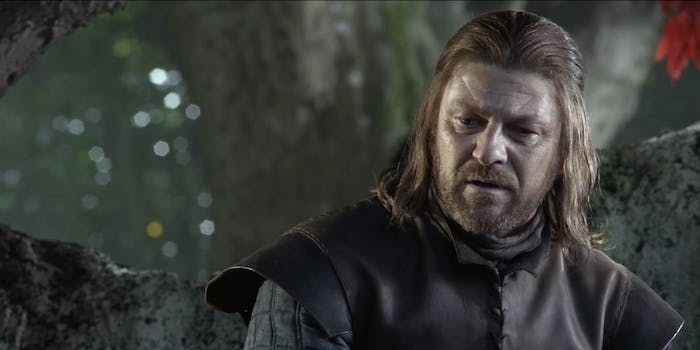 His plot is a lot easier to sum up than we originally thought.

Game of Thrones packs a punch with every new plot twist and bit of character development. As season 5 gets closer, it’s hard to believe that the main character of the hit HBO show, the guy everyone was rooting for, used to be Ned Stark.

Before he got his head—spoilers here, if you’re not caught up—sliced off by a 16-year-old king.

Of course, Ned’s story is only a small part of the show. His plot line is so tidy that it can be easily summed up in an animated speedrun from Vanity Fair and 1A4 Studio.

It’s mostly stabbing and swords. We see none of the mental battles Ned goes through. But it serves as a clean recap leading up to the next season’s April 12 premiere, and a good reminder why the show recovered from killing off its lead—it’s the people around Ned that truly shine as his damn honor just gets in the way of everything.