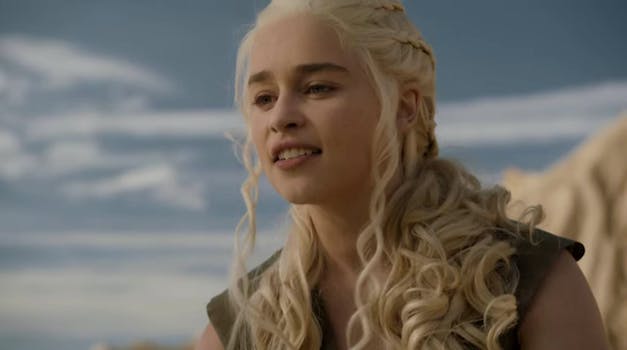 Daenerys Targaryen is still hellbent on conquering Westeros (and probably everything else along the way), but behind the scenes, actress Emilia Clarke is more interested in busting a move.

During one of Game of Thrones’s many night shoots, she and her recently departed co-star Joseph Naufahu (Khal Moro) killed time by letting loose in a very un-Dothraki-like way.

Clarke may have recently pranked Naufahu when he fell asleep, but it’s all smiles here as they start singing and dancing to Tupac.

“But did the three eyed Raven see THIS?” Clarke asked.

He probably did, and now Bran Stark likely has, too.

We can only imagine what other behind-the-scenes gems Clarke has on her phone, waiting for the right moment on the show to pass before sharing them with the world.