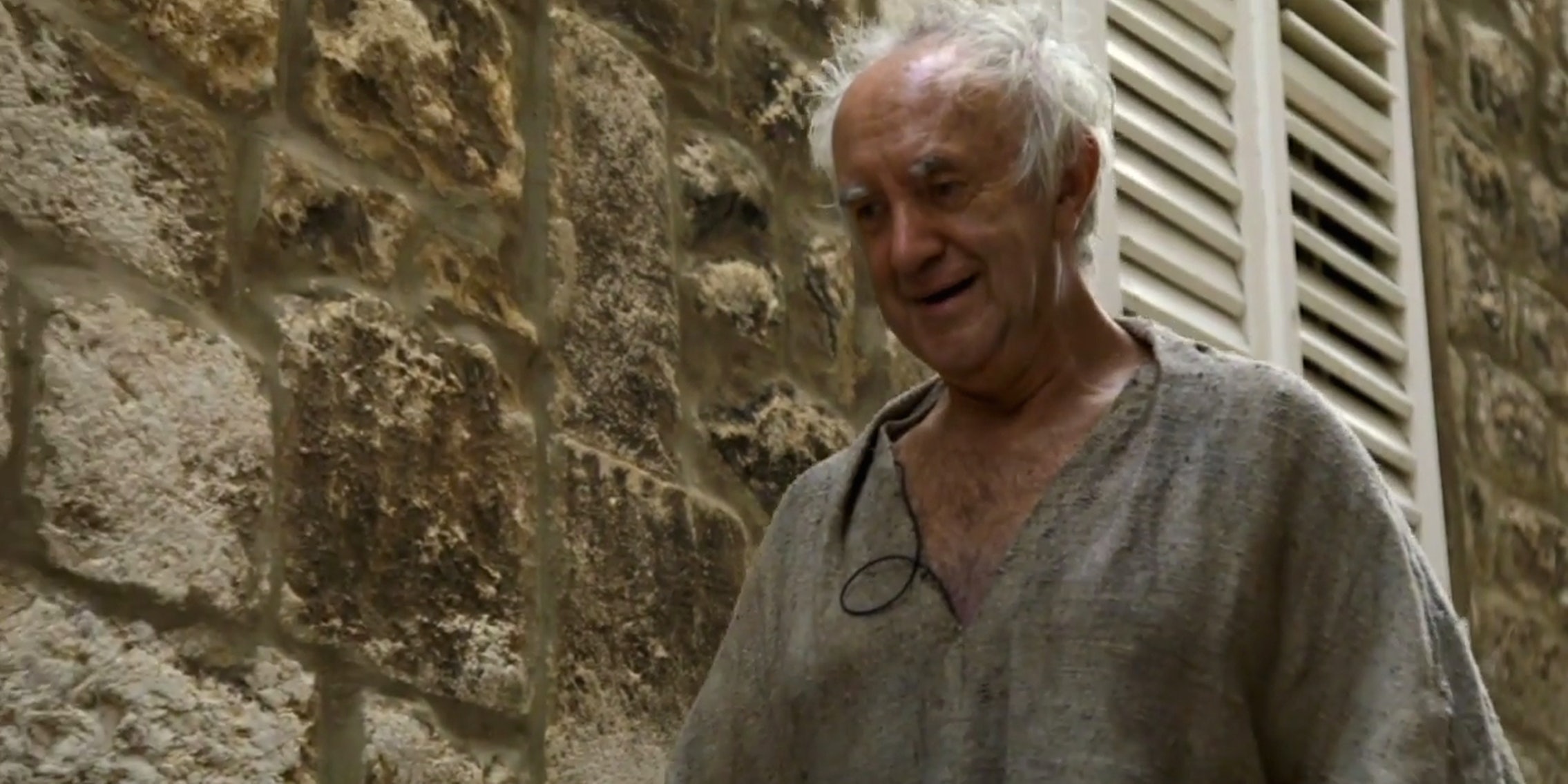 Here’s everything we learned in ‘Game of Thrones: A Day in the Life’

This behind-the-scenes look at Game of Thrones didn't disappoint.

It’s going to be a long wait until April before our watch begins anew.

We’ve had a couple weeks to process the new Game of Thrones season 5 trailer, and as promised, HBO aired a behind-the-scenes look at the show with Game of Thrones: A Day in the Life on Sunday night. It showed what it takes to make the show come to life across a continent. Shooting simultaneously in Belfast, Northern Ireland, and Dubrovnik, Croatia—as well as transforming the famous Alcázar of Seville into the Water Gardens of Dorne—it’s a mix of new footage, new sets and old, with the spotlight on the crews that turn the show into what we see.

In it, like last year’s A Foreshadowing special, there’s hints of the shenanigans that can occur on set. Look no further than Lena Headey’s Cersei Lannister and Ian Beattie’s Ser Meryn Trant following one scene in a poorer part of King’s Landing.

So what can we expect from the new season?

We will be going to Hardhome (filmed in Ireland’s Magheramorne Quarry), an abandoned town north of the Wall that’s said to be cursed. Something dark and terrible happened there hundreds of years ago—the story differs depending who you hear it from—and homes there were burned. According to crew members, filming will take three weeks and it looks like a battle will take place. It certainly matches clips we saw from the trailer.

Something big was filmed in Osuna, Spain

It’s based in a historic bullfighting venue, and crews were working hard to transform it to their needs. It’s only needed for a single scene, which will take 12 days to film. We’re thinking slave pits.

Cersei is seeking the High Sparrow

The High Sparrow (played by Pirates of the Caribbean’s Jonathan Pryce) is a new character this season, and as the Faith of the Seven’s current High Septon, he’s the highest-ranking member of the Faith. In one of the few scenes we saw filmed, Cersei is walking through a part of King’s Landing she’s likely been able to avoid her entire life.

Someone is speaking in Valyrian in Meereen

Considering Valyrian is Daenerys’ mother tongue, it doesn’t come as a big surprise. After seeing the Sons of the Harpy in the trailer, she could be discussing matters of the city with her council (minus Jorah, who was banished last season).

More than 86,000 people applied to be extras for Game of Thrones’ Spain shoot

Not everyone got to be an extra, but the massive response showed the producers and crew just how big the show has gotten, if ratings and critical acclaim weren’t enough.

Of course, the special isn’t going to show us everything, as much as we want them too. We got to see plenty of the set where some of the Dorne scenes are being filmed, but we hardly saw any of those scenes actually being shot—or the actors involved. Braavos, which has featured heavily in teasers so far, was noticeably missing.

You can check out the entire special on HBO Go, or below on YouTube.