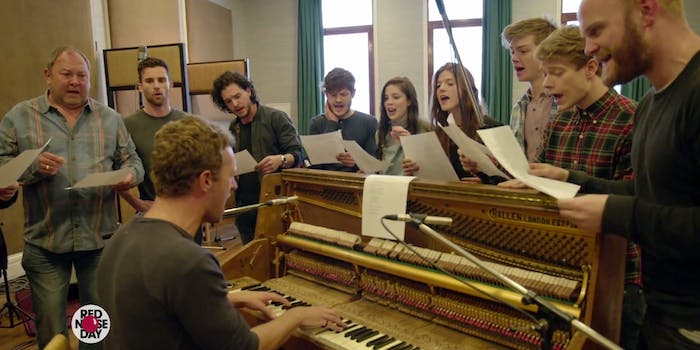 The greatest rock opera of our time is coming together from the most unlikely source material.

Coldplay took the daunting task of turning Game of Thrones into a musical for Red Nose Day, relying on some creative music choices and the show’s exceptionally musical cast. The songs were unique enough that some people thought the band was making a concept album. What could go wrong?

All week we’ve seen Peter Dinklage, Nikolaj Coster-Waldau, and Emilia Clarke get into their big showstopping numbers, but it took a lot of convincing—and the promise of free food—to get there. They only needed the right leader to see Chris Martin’s vision.

Convincing George R.R. Martin to get onboard, though, was an entirely different story.