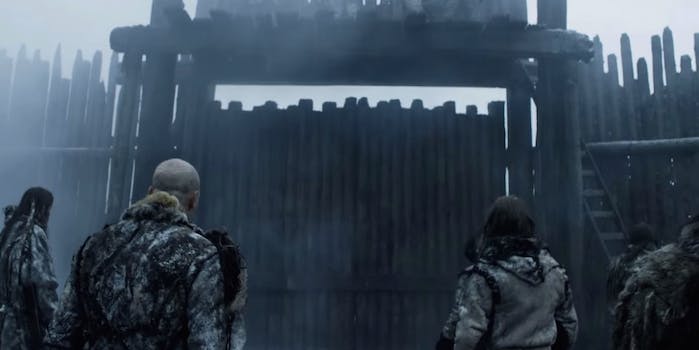 Drones are now banned on the ‘Game of Thrones’ set

Dragons will be the only thing flying overhead.

The studio where Game of Thrones films in Belfast, Northern Ireland, has banned drones in order to prevent fans from potentially filming spoilers—ensuring that dragons are the only thing that will fly over the studio.

Select Management and Security Limited, which provide security for Game of Thrones, in Titanic Quarter, East Belfast, posted a sign warning passersby that the area was a “no-fly zone,” according to Belfast Live.

“Any pilot of a drone must obtain permission from the Civil Aviation Authority to fly over this site,” said the sign. “Any access to this site, including by drone, will also be regarded as trespass.”

The signs go on to explain that flying a drone over the site would “significantly impact” the safety of those within the site. A source told Belfast Live that people on the set were worried that drone footage could leak plotlines from Game of Thrones as well as the other shows that film in Belfast.

“This ensures everybody is safe and it retains the privacy of anybody filming here too,” the source said.

The cast and crew of Game of Thrones have yet to start filming the show’s sixth season; they’re currently promoting season 5. But it’s one fewer thing they’ll have to worry about when everyone gets back to business.